Windows 11 To Get New And Improved Snipping Tool

Microsoft Windows 11 has changed a number of tools that users are familiar with and now it's time for the snipping tool. 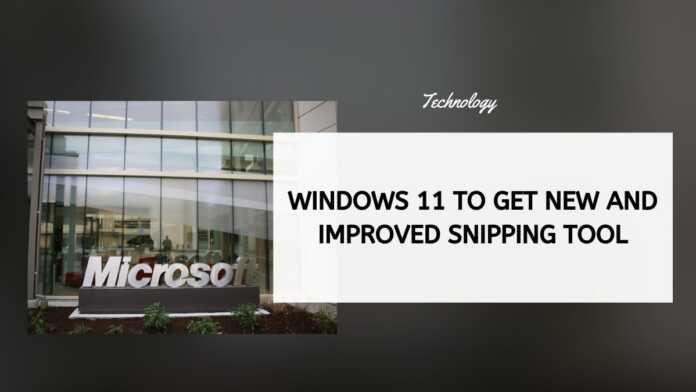 Microsoft has announced many changes to its apps with Windows 11 operating system and now it’s time for the Snipping Tool. While it will retain its cutting-edge skills, its look and feel has been changed.

Microsoft has teased a new version of the popular Snipping Tool for Windows 11 with the head of Microsoft’s Windows & Devices division, Panos Panay, sharing a video on Twitter. He tweeted, “Here is a first look at the new #Windows11 Snipping Tool. Coming to #WindowsInsiders soon! Great work from the team #pumped.”

In the 17-second video, a refreshed UI can be seen, which indicates that the two existing tools, Snipping Tool and Snip & Sketch, have been merged. Snip & Sketch had come out in Windows 10 and was thought to be a replacement for the old Snipping Tool. Presumably, the old ones will be gone, leaving the new ones to be rolled out with Windows 11.

Here is a first look at the new #Windows11 Snipping Tool. Coming to #WindowsInsiders soon! Great work from the team #pumped pic.twitter.com/pvlhKp1Eia

Microsoft Windows 11 is slated to be rolled out to the general public in the fall, but no specific month or date has been announced by the company as yet. However, it is being speculated, figuring from some deadlines given to PC makers, that this may well happen in October and that too in the later half, perhaps third week.

Windows 11 is an update for Windows 10 operating system and, at the moment, it is being tested through the Windows Insider program.