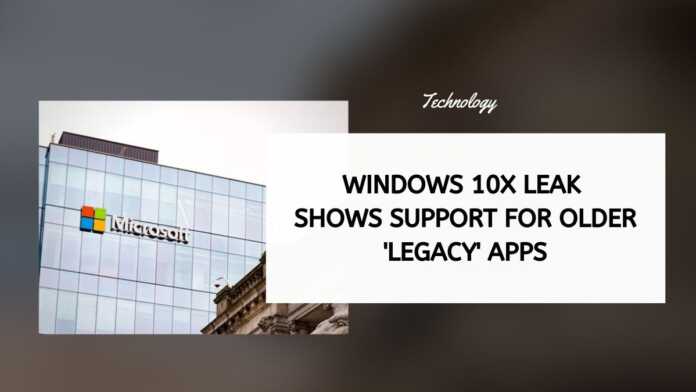 A recent leak of a new Windows 10X build, made available last week now suggests that the new platform update from Microsoft could bring support for older ‘WIn32’ apps sooner than later, according to a report from Windows Latest.

As of today, Windows 10X officially supports only UWP apps from the Microsoft Store, while users can also add Progressive Web Apps (PWAs) for services like Twitter and Google Chat via browsers like Chrome, Edge and Firefox.

While an inconvenience to users, the advantage of this approach is all applications running on the system are completely sandboxed – or running in separate, secure containers for isolation.

A screenshot of the interface indicates the presence of a new setting under the “For developer” section titled “Win32 development”. The toggle also has a warning stating that enabling the setting will allow unsigned apps to run, which does pose a certain security risk to the average user. The report also states that the setting isn’t actually working at the moment.

Applications like the free and open-source, VLC Media Player, which are available on the Microsoft Store, are still not as featured as their ‘Win32’ counterparts that are executed as EXE files. For example, if you download VLC from the store, you will not have full DVD or Bluray support.

However, the appearance of the developer setting does not definitively indicate that support for Win32 apps will debut with the release of Windows 10X this year.

It’s completely possible that Microsoft has enabled the setting but intends to let developers test the support for their apps for an extended period before releasing it to the common public.