Microsoft has now blocked the May 2020 update from rolling out to particular devices and is working on a fix. 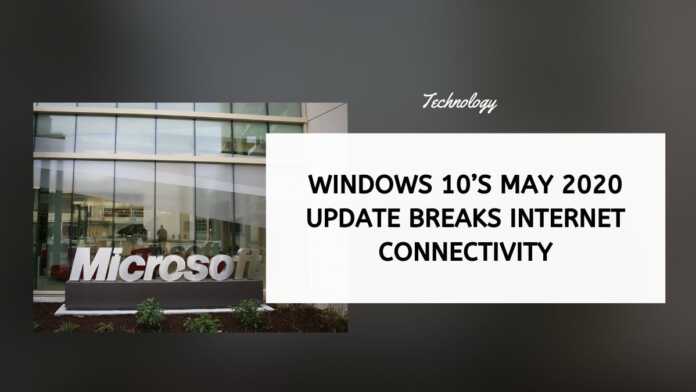 Microsoft’s Windows 10 May 2020 update has a serious flaw thanks to which users are losing their internet connectivity. Microsoft has admitted to the issue and has now blocked the May 2020 update from being delivered to devices that use certain LTE modems.

This comes in after multiple reports of the upgrade causing the mobile internet connection to stop working, according to Neowin reports. A fix for this is on the way.

Microsoft has acknowledged the bug in a support document and has explained that the issue seems to happen after a laptop wakes from sleep or hibernation.

Microsoft wrote that to safeguard the update experience they have applied a compatibility hold on Windows 10 Devices with affected WWAN LTE modem drivers installed from getting Windows 10, version 2004 (May 2020 update) until the issue is fixed.

Microsoft is currently working on a fix and this should arrive as a patch later this month. The company has also warned users should not try to work around the block and manually install the May 2020 update if they are running one of these LTE modems.

If you have already installed the update and are facing issues, there is a quick fix. You need to turn Airplane Mode on and then off to temporarily fix the issue.