Windows 10 May Get Only One Major Update Every Year

The release of Windows 10x which was originally set to release to manufacturers this fall now been delayed to the second quarter of 2021. 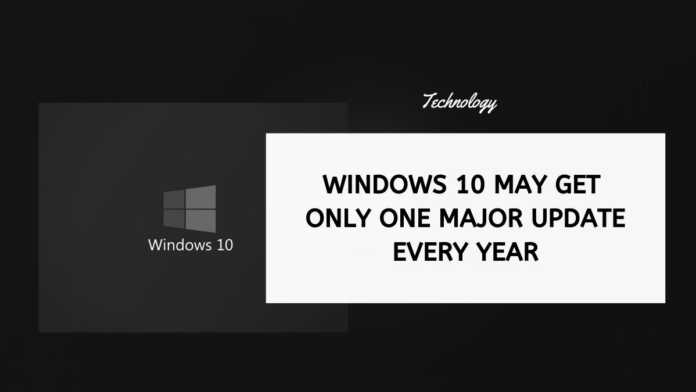 Microsoft rolled out a major upgrade to its Windows 10 operating system in May this year in the form of Windows 10 20H1 update. It is expected to release the next big update to its OS, that is, Windows 10 20H2 in fall this year.

Now, word is that Microsoft may change this cycle and limit itself to rolling out one major update to its OS every year.

The report also said that Windows 10 20H1 update and 20H2 update share the same core components and servicing content. Windows 10 20H2 is now being tested and it will be released this fall.

The report says that both the updates also share the same cumulative update packing, which means that Windows 10 users can enable the features that will be available in 20H2 in update 20H1.

The company will be using an “enablement package” to roll out 20H2 features on the systems running Windows 10 version 2004, that is, the 20H1 update.

However, Microsoft hasn’t announced anything formally yet and so we will have to wait for a word from the company to say anything with certainty.