Facing issues while playing games on your desktop or laptop? It could be the Windows 10’s Game Mode. 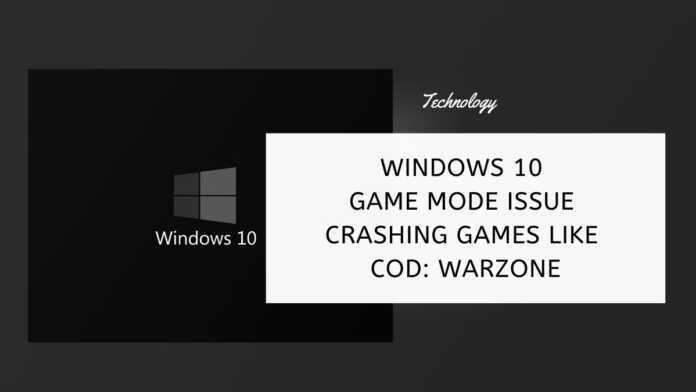 Windows 10 users are encountering a new issue where games begin to stutter or freeze altogether when they turn on the Game Mode.

According to Guru3D, the issue is affecting many popular games including the likes of Call of Duty: Warzone and League of Legends. While there’s no official explanation on why it’s happening, some believe it could be because of the GPU Drivers or AMD Radeon RX 5000.

“I built a new PC last year and I’ve been brutalized by the 5700XT drivers ever since, or so I thought. Windows added a “game mode” apparently, on by default, in some update, and after I disabled it tonight the difference is night and day. The CRAZY intermittent stutters are TOTALLY gone in my testing. I don’t know if this is an established fix that many have tried but I figured I’d put it out there for anyone who doesn’t know yet,” wrote a user on Reddit.

According to PCGamer, the issue isn’t exclusive to AMD’s Radeon RX 5000 GPU but some old AMD and Nvidia GPUs appear to have also been affected. The website thinks it could also be due to one of the recent Windows 10 updates that may have broken the feature.

Microsoft launched Game Mode on Windows 10 in 2017. The mode is supposed to optimize the system by prioritizing CPU and GPU resources for the game.

You can summon the Game Mode by pressing the Windows logo key + G key together. Here, go to Settings in Game bar > General > select the Game Mode box.

In the meantime, you can disable the Game Mode before playing any video game on your desktop or laptop to run it smoothly.