From a secluded, unspoiled island to the world's best waterfalls, these destinations have never been better. Start planning your 2019 travel now. 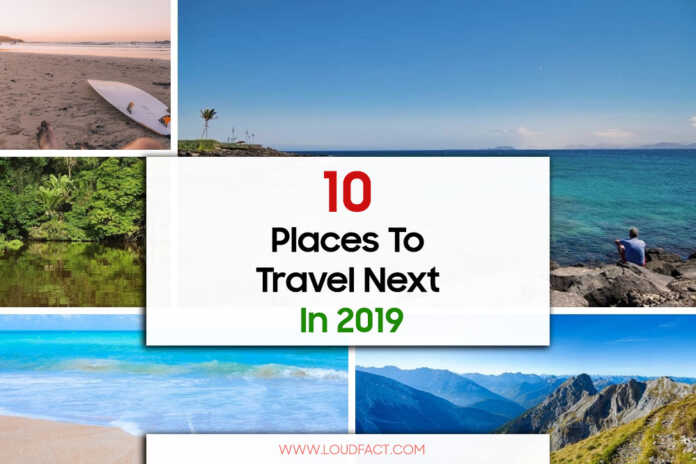 With technology enhancements and social media shares, travelers these days are more aware than ever of all the world has to offer. Still, there is one question that comes to everyone’s mind “where should I travel next?”.

Although there are many options that the internet has to offer with quizzes, in the end, all those are computer generated. It’s exciting to be confronted with so many options but it’s also confusing, too. It’s better to consider someone’s personal experience rather than listening to a result which conveys no personal adventure.

Here are LoudFact’s 10 best places to travel in 2019, which will give a perfect answer to the most common question “where should I travel next?”. After reading this post don’t forget to share your travel destination picks with us on social media with #loudfact.

I will advise those who think they’ve witnessed and done it all in the Bahamas to think again. There are certain new attractions just launched at Nassau Cable Beach, and Paradise Island. So those who are removing this city out of their trip list, I would suggest them to reconsider. 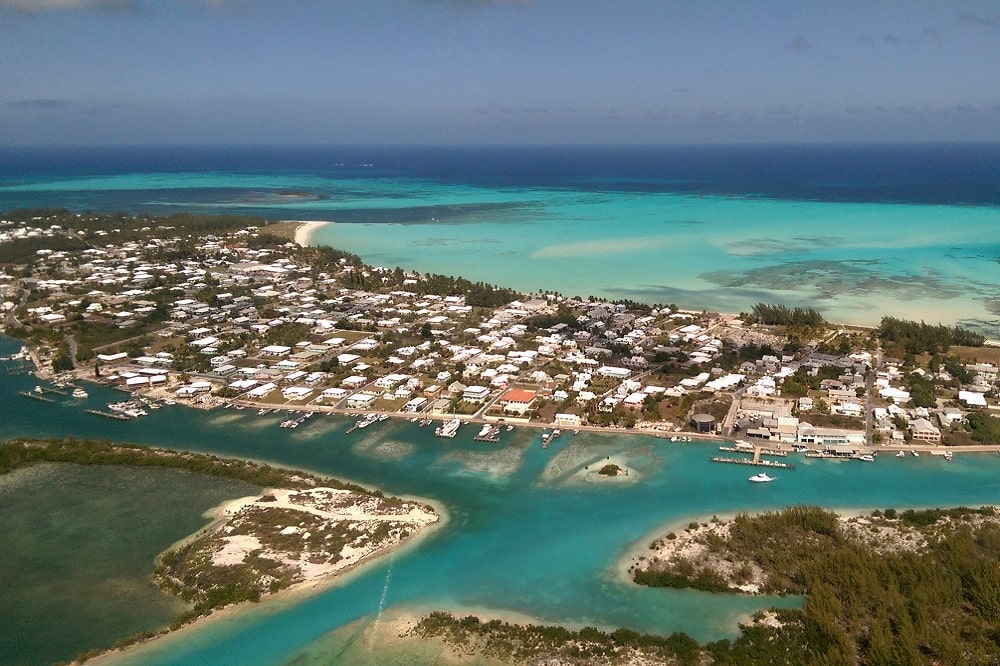 Grenada is a country in the West Indies in the Caribbean Sea at the southern end of the Grenadines island chain. It is also known as Spice Island. Even though it’s got what every traveler wants, still it remains one of the Caribbean’s under-the-radar gems. 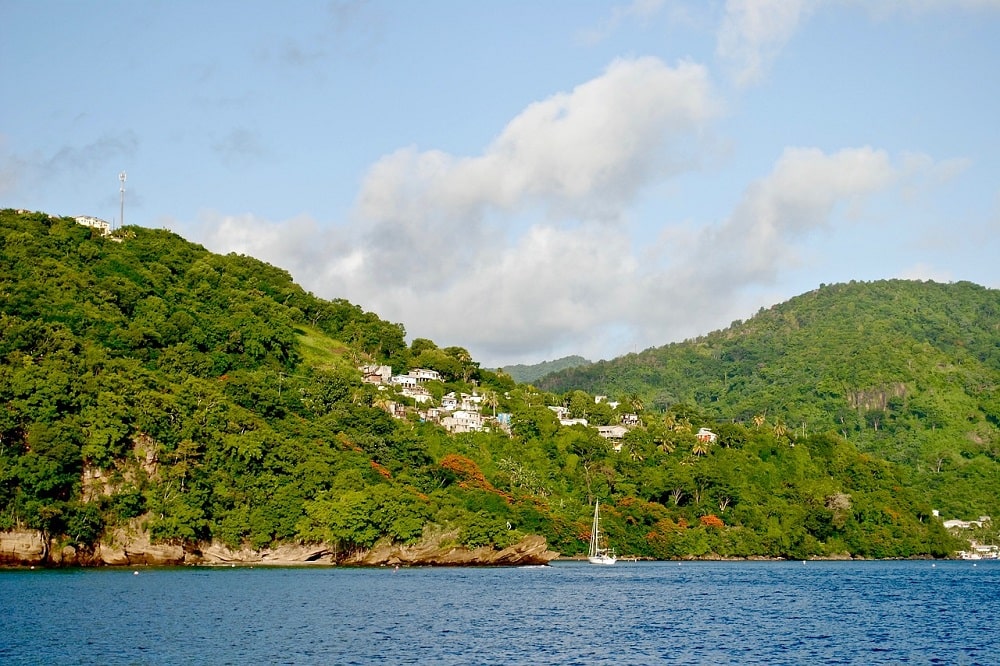 From uncrowded seashores, preserved rainforests, and lively culture and cuisine, this island chain has a lot to offer. Grenada is now a port of call for 33 new cruise ships and visitors will soon have even more choices for luxury stays, with Kimpton Kawana Bay and the Levera Beach Resort. 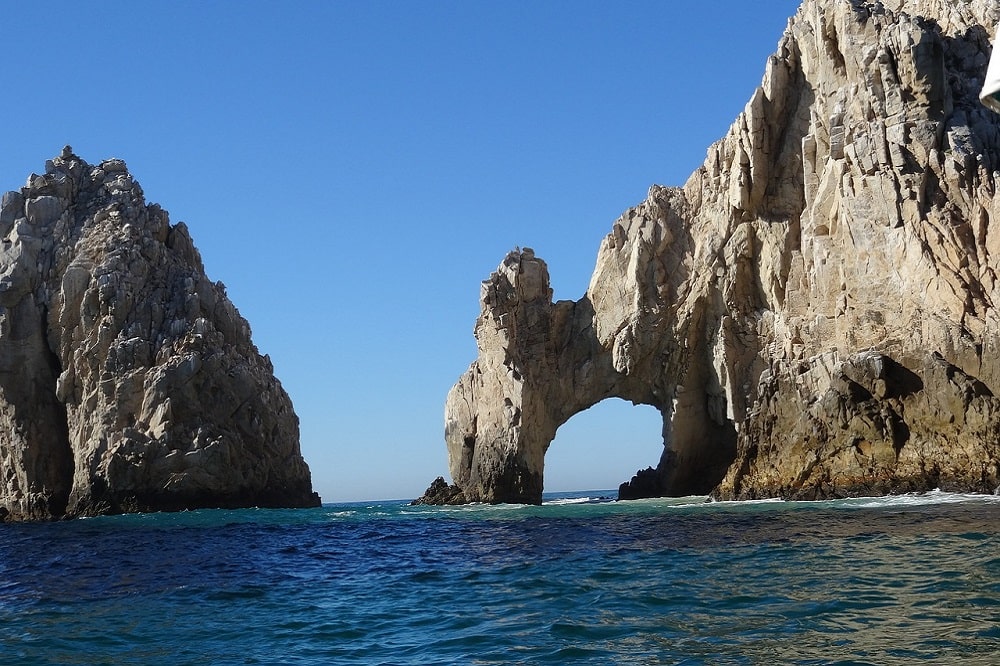 Iguazú Falls are waterfalls of the Iguazu River on the border of the Argentine province of Misiones and the Brazilian state of Paraná. Together, they make up the largest waterfall system in the world. Expect visits to native Guarani tribes, river kayaking, and jungle treks led by a resident biologist. Don’t miss to visit Iguazú National Park and Awasi Iguazú resort while exploring Iguazú Falls.

Ireland is a country of western Europe occupying five-sixths of the westernmost major island of the British Isles. This country has seen a rush of American visitors recently, driven by attractive exchange rates and increased airlift. If you haven’t yet made the trip, now’s the time to go. 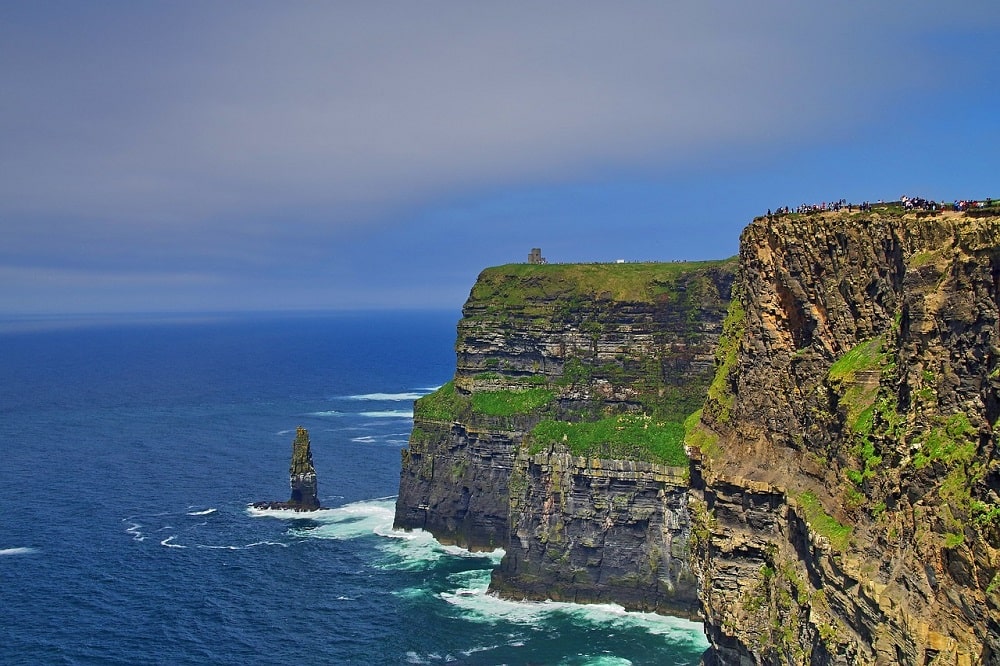 Guanacaste, a province in northwestern Costa Rica bordering the Pacific, is known for its stunning shores and biodiverse parkland. Santa Rosa National Park present in Guanacaste Province is home to a rare dry tropical forest, surfing sites, and some 250 bird species. Read our top 10 suggestion for Costa Rica to find out more. 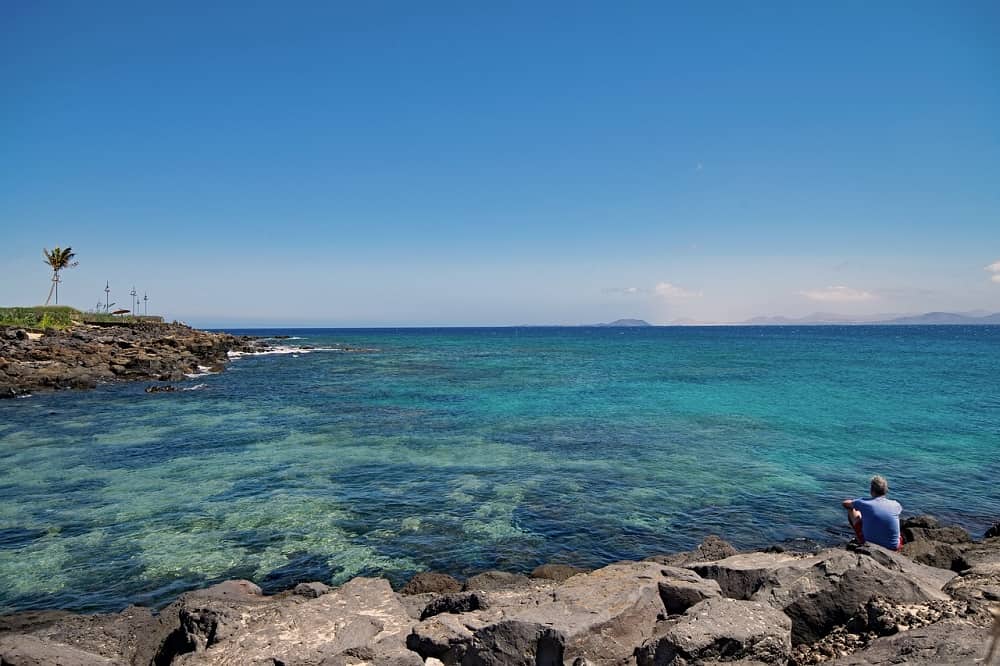 Mauritius, an Indian Ocean island nation, is known for its beaches, lagoons, and sandbanks. The mountainous interior includes Black River Gorges National Park, with rainforests, waterfalls, hiking trails and wildlife like the flying fox. U.S. travelers have historically overlooked Mauritius in favor of other Indian Ocean destinations like the Seychelles and Maldives.

A flurry of new airline services launched at the end of 2017 which makes this remote, idyllic island become easier to reach. 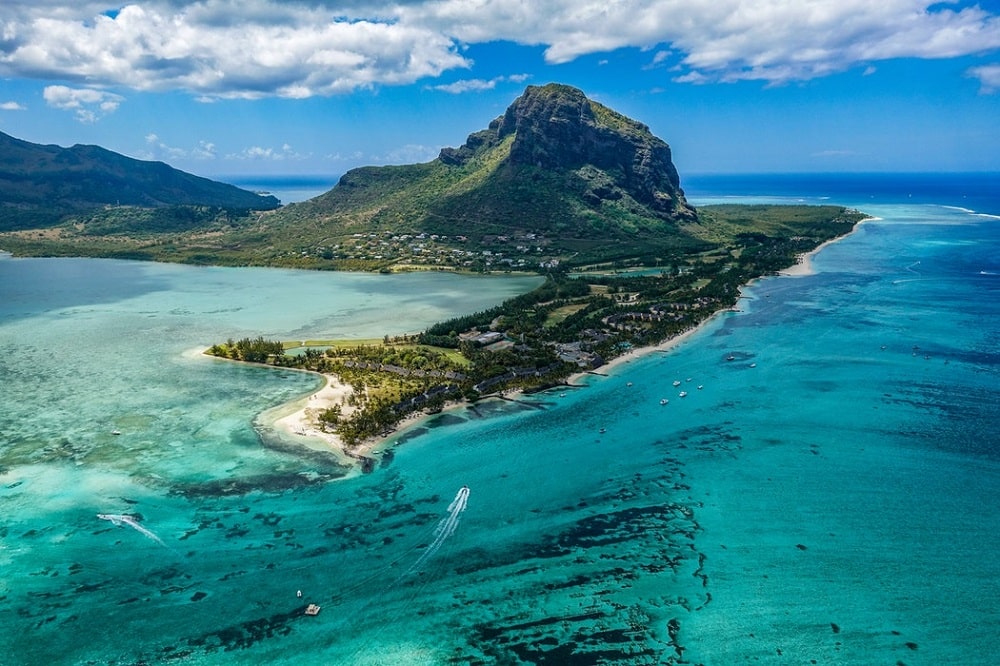 The Andaman Islands are an Indian a group of islands in the Bay of Bengal with a total of roughly 300 islands. This wonderful tourist destination is well-known for its white sand beaches, tropical rainforests, and adventure sports options. 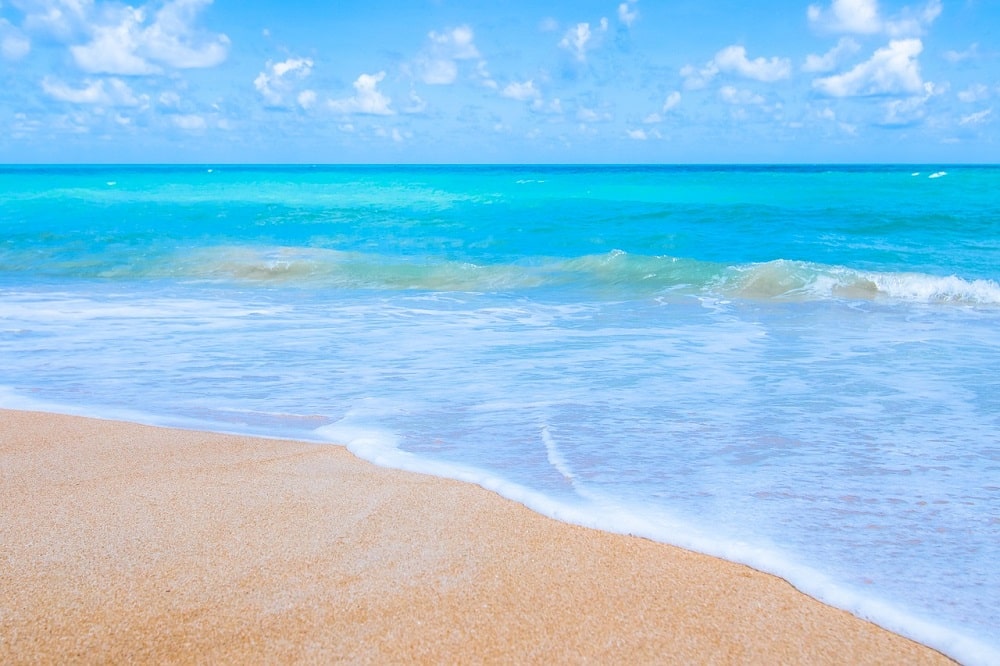 Note: The Indian government has introduced a buffer zone around a reservation for the threatened Jarawa tribe on the North Sentinel Island. Going within three miles of the island is illegal. The Sentinelese people are known for their violence and unwillingness to communicate with any outsiders.

Bali is an Indonesian island known for its forested volcanic cliffs, iconic rice paddies, seashores, and coral reefs. It is now offering its visitors access to a buzzing food scene in Ubud, its cultural capital, as well as an island-wide luxury-hotel boom. 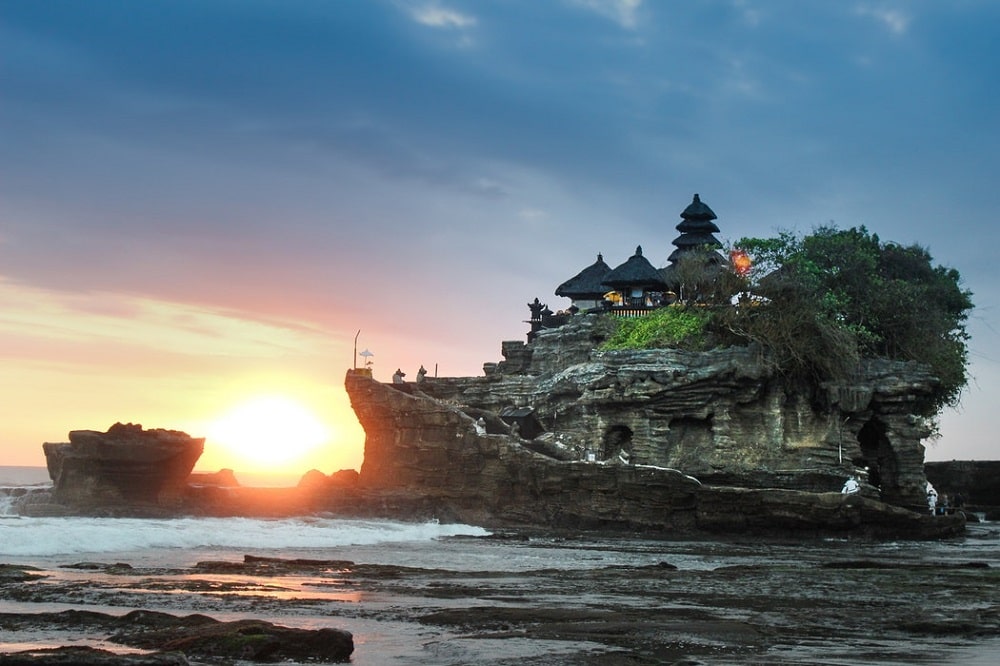 The Ubud Food Festival, which is in its fourth year, showcases the diverse flavors of the Indonesian archipelago in dozens of events, including cook-offs, demos, talks, food tours, and events in new restaurants. The island is home to sacred sites such as cliffside Uluwatu Temple. The island is also known for its yoga and meditation retreats.

Hội An is a city on Vietnam’s central coast known for its well-preserved Ancient Town, cut through with canals. The former port city’s melting-pot history is reflected in its architecture, a mix of eras and styles from wooden Chinese shophouses and temples to colorful French colonial buildings, ornate Vietnamese tube houses and the iconic Japanese Covered Bridge with its pagoda. 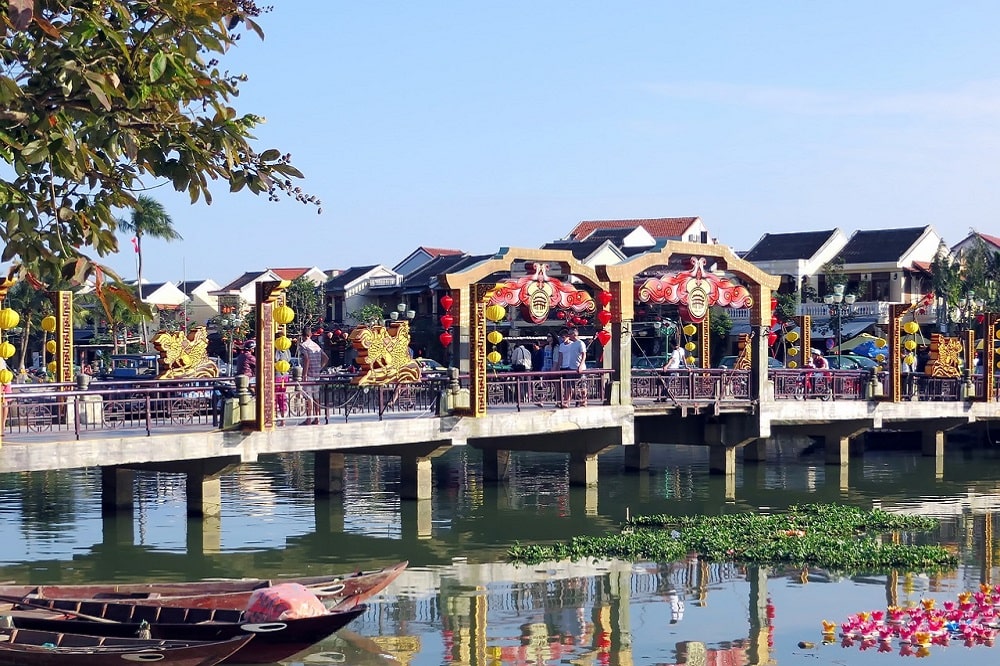 Sunday in Hoi An has an atmospheric white and blue atelier filled with ceramics, bedding, and linens. This colorful port city has grown beautifully.