WhatsApp is working on the second iteration of its Multi-Device functionality feature, says WABetaInfo. 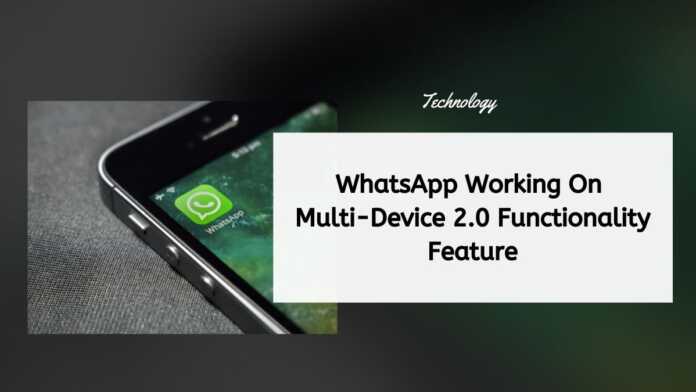 WhatsApp previously said its working on a multi-device functionality feature on its platform. This feature will enable users to use their registered WhatsApp accounts on up to four linked devices and it has also been confirmed by Facebook CEO Mark Zuckerberg.

Now, reports in the past have given us a glimpse of how this functionality would work when the feature is released. But all of these features so far have been directed towards a setup wherein the primary account was available on a smartphone. Now, a new report hints towards a slight change being brought into this WhatsApp feature.

According to a report by WABetaInfo, WhatsApp is working on the second iteration of its Multi-Device functionality feature. This new feature will enable WhatsApp users to use this feature even when their primary WhatsApp account is linked to an Apple iPad. “NEWS: WhatsApp is finally working on multi-device 2.0, and you can use iPad as new linked device,” the publication wrote in its report.

Apple’s iPad doesn’t have a special version of WhatsApp that is customized based on its form factor. However, reports for long have detailed that the Facebook-owned social messaging app is working on a version of its app that is tailored to the form factor of Apple’s tablet.

Furthermore, the report says that this functionality is not just being worked on for iPads but also for Android tablets. “Android tablets are also planned to support multi-device on WhatsApp for Android,” the blog site wrote in a tweet that also contained supporting screenshots.

NEWS: WhatsApp is finally working on multi-device 2.0, and you can use iPad as new linked device ☄️
Android tablets are also planned to support multi-device on WhatsApp for Android!

It’s under development and it will be released in a future update. Follow me to discover more ? pic.twitter.com/rND4xQfBDj

That said, this feature is still under development and it is expected to be released in a future WhatsApp update.