Message reactions on WhatsApp could be coming to the app in a future update, according to a recent report. 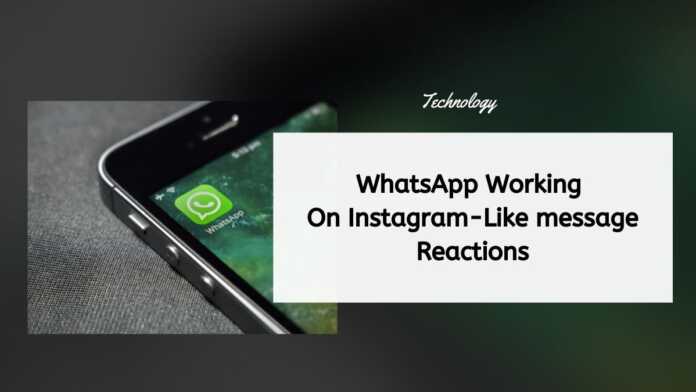 WhatsApp has added many features on its app over the past few years, from swipe to reply for messages, an archive for chats and group links. Now, a new leak has revealed that WhatsApp could be working on a useful feature found on several popular apps, including two made by Facebook, that could make communicating on the app a lot easier.

While WhatsApp already has emoji, sticker, and GIF support to help users express themselves on the service, the app is currently missing a feature found on rival services like Signal, Facebook Messenger, and Instagram Direct Messages. According to a report by popular feature leaker WABetaInfo, it appears that WhatsApp could be working on message reactions.

If you have used Facebook Messenger or Signal or messaged a friend on Instagram, you might have noticed ‘reactions’ on messages, which are essentially emojis that can be applied to a message.

Users can apply emoji to express laughter, sadness, or even animals and food and a message can have multiple reactions from different members in a group. This is how it works on rival apps like the ones mentioned above.

A screenshot of a message was shared by WABetaInfo, which informs a user that they have “received” a reaction and urging them to update their WhatsApp version to see reactions on the app. While we do not know how reactions will be implemented on the app, it looks like WhatsApp will first enable this message before testing the feature when it is fully developed.

However, users opinions are usually divided about reactions in messaging apps, as some perceive it to be a way for people to end a conversation using reactions, while others appreciate it as a way to reduce messages like “ok” and “I agree” in larger groups that can often lead to spam but could simply be replaced by a thumbs up reaction.

According to the report, we could see more details about WhatsApp message reactions in the coming weeks so stay tuned for more information.