This WhatsApp feature will let users convert images into stickers natively within the app soon. 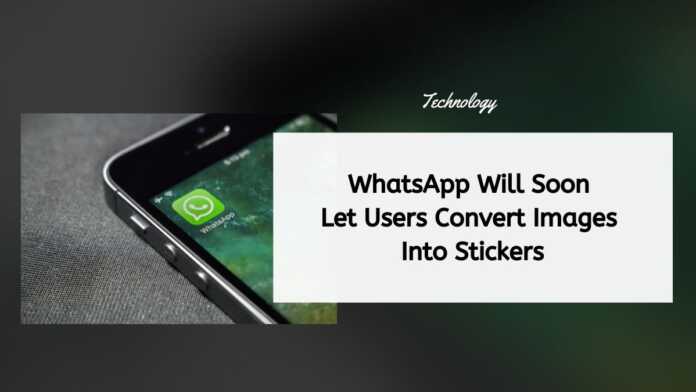 This is in addition to the ability to add third-party sticker packs to the WhatsApp stickers library. Now, WhatsApp is planning to add another feature to its platform that will make conversations a tad bit more interesting.

According to a report by WABetaInfo, WhatsApp is working on a feature that will let its users convert their images into stickers. Until now, the only way to do this – convert your own image into a sticker – was using third-party sticker apps. Now, the Facebook-owned messaging app will let users convert images into WhatsApp stickers natively within the app.

The blog site reports that when WhatsApp makes this feature available within its Android and iOS-based apps, there will be a new sticker icon towards the right of the View Once option in the caption bar. When WhatsApp users select this Caption button, the uploaded image will be shared as a sticker.

This sticker appears inside a square box-like format much like a lot of third-party sticker packs. As of now, there are no options to edit the sticker before sharing it. Users cannot cut out a specific element of the image that they have uploaded. Nor can they convert it into an animated sticker by adding some sort of movement. Not yet at least. It is possible that WhatsApp introduces this functionality as it refines this feature further.

As far as the availability is concerned, this WhatsApp feature is still under development, which means that the messaging app is working on it to ensure smooth performance before making it available. It is being developed for WhatsApp’s Android and iOS apps.

That said, beta users will have to wait to get their hands on this feature. It is possible that WhatsApp makes the feature to convert images into stickers to its WhatsApp beta for iOS and WhatsApp beta for Android apps available with a future update.