WhatsApp Will Not Let Users Delete Chats From Linked Devices

This feature is still under development and there is no word on when it will be available in the main app. 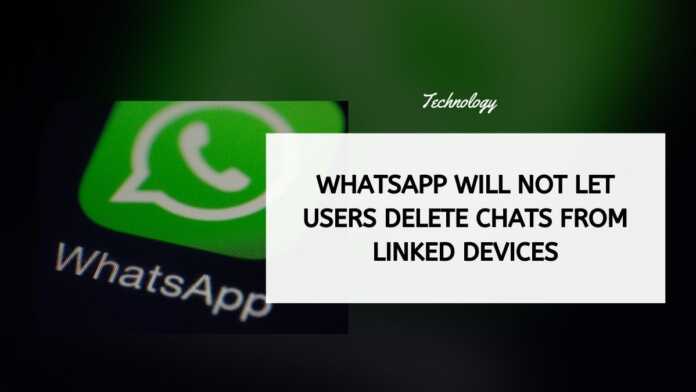 WhatsApp for long has been known to be working on a feature called linked device or multi-device support. This feature as the name goes will enable users to access the messaging platform from multiple devices without needing to keep their smartphones nearby.

In the past couple of months, reports have detailed the company’s progress in this regard. Now, a new report sheds more light on WhatsApp’s upcoming feature.

According to a report by WABetaInfo, the blog that tracks development in WhatsApp, WhatsApp will not let users delete chats from linked devices.

The image of the feature shared by the blog site indicates that when users pick the option to delete a chat on one of the linked devices, WhatsApp will show them a dialog box that will inform users that the chat won’t be deleted from other devices.

“Clearing or deleting entire chats will remove messages from this device only. They will not be removed from other devices,” the message in the dialog box says.

That said, this feature is still under development and WhatsApp may refine this feature such that users get the option to pick between deleting chats from a particular device or all linked devices.