WhatsApp users will be able to make voice, video calls on WhatsApp Web from the desktop soon. 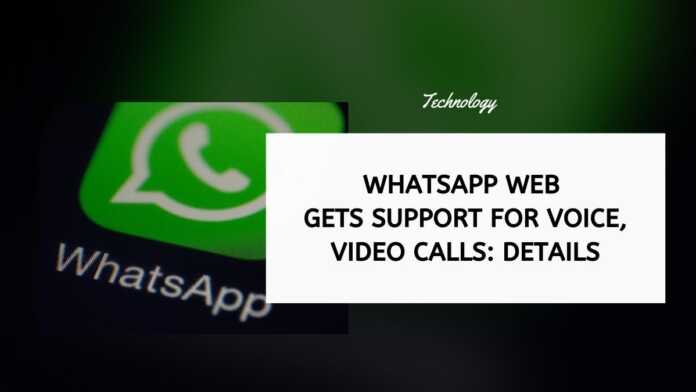 WhatsApp’s voice and video calls are not available for the web and desktop option for the messaging app. While that is not really a problem for many, it is inconvenient for all people who use WhatsApp on the web to help them multi-task rather than stick to their phones.

However, the good news is, that is about to change. WhatsApp has been working on bringing both voice and video calls to its web and desktop platforms and it has been spotted in beta. That means this feature is going to roll out to the general public soon.

As reported by WABetaInfo, WhatsApp has started testing voice and video calls in beta with a bunch of users. The users who are a part of the beta testing program have received new voice and video calling buttons in the chat header on desktop and web. To make a call to any contact, you just need to click on either of the buttons.

When you make a call, you will be able to see a separate pop-up window with the name and profile photo of the contact you’re calling, a button to turn on or turn off the video, a mute button, a menu button, and a button to hang up.

Now, if you are receiving a call, you will be able to see a separate pop-up window that will show up when you are getting a call. The pop-up window will show the contact’s name, profile photo, and buttons to accept or reject the call.

This feature is currently in beta and it is not available to all users, and WhatsApp has not mentioned yet when they plan to roll this feature out to the general public.