WhatsApp To Soon Let You Pick Color In The App

The feature is under development at the company. 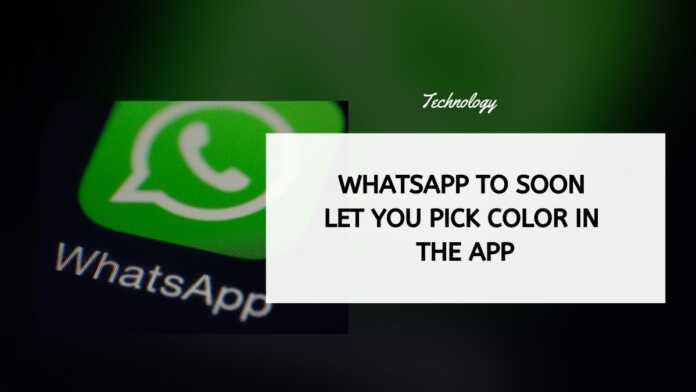 WhatsApp has been working on a number of new features. Reports previously hinted towards the company working on features such as Chat Threads and multi-device support among others. Now, a new report talks about a new feature that is in development at the company.

According to a report by WABetaInfo, WhatsApp is working on a feature that will enable users to change the color of some aspects of the app. The screenshots shared by the blog site give us a glimpse of how this feature could function.

While the screenshots do not take us to the controls that would allow such a modification, but they show that when the feature is available, users will be able to pick a slightly darker shade of green.

WhatsApp is developing a feature that allows to change some colors in their app. ?
The feature is under development and there are no further details at the time. pic.twitter.com/z7DMLjaG6l

The one that is available in the app when the dark mode has been enabled, for some parts of the app, a slightly lighter shade in other parts. This is different from the single shade of green that is available at the moment.

The blog site says that this feature is in development at the moment and that there are no more details available about it as of now including the fact if it is being developed for the Android app, the iOS app or both. We’ll update you as soon as we have more details about it.