WhatsApp To Soon Get Animated Stickers

This animated stickers feature is available in its Android and iOS-based app. 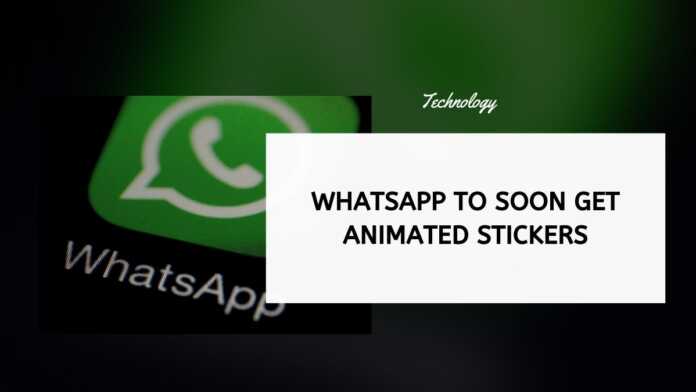 WhatsApp is regularly working on adding new features and improving the old ones. Now, word is that the company is planning to add new animated stickers feature to its Android and iOS-based apps.

According to a report by WABetaInfo, the blog that tracks developments in WhatsApp, the Animated Stickers feature consists of three parts.

Alternatively, the company could offer a toggle switch to allow users to view animated stickers in the way that they prefer.

It is worth noting that the new animated stickers feature is not available in WhatsApp’s main app yet.