WhatsApp may release View Once and Voice Waveforms soon. 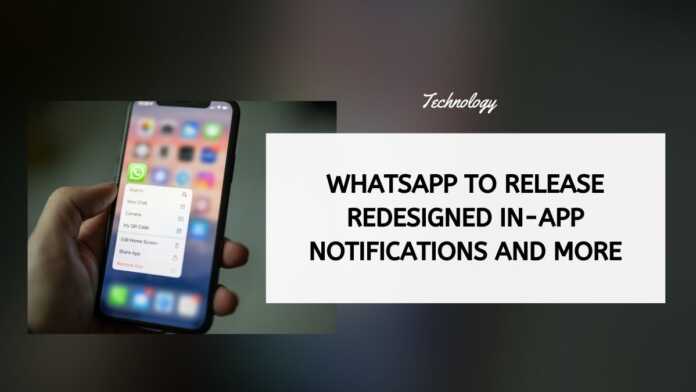 WhatsApp is working on a whole bunch of new features and users may get them as updates in the span of the last couple of weeks. The list includes Photo Quality, Link Previews, Multi-Device Support, and View Once among others.

WhatsApp, as per a report by WABetaInfo, is working on improving in-app notifications. The WhatsApp beta for iOS 2.21.140.9 enables users to see more details in the notification banner, images, videos, GIFs, and stickers.

Now, users can expand the in-app notifications in order to show the chat preview, which isn’t static anymore. Users can scroll up and down the view to see old and new messages.

The best thing about this feature is that when users read messages from the chat preview, read receipts aren’t updated. They will be updated only when users formally open the message.

WhatsApp has also started rolling out the View Once feature to its beta app. To recall, this feature enables users to share photos and videos that disappear when they are viewed the first time. The blog site notes that screenshots aren’t blocked and that the sender won’t be notified if the recipient has taken a screenshot of the image or video shared once.

Voice waveforms will show voice waveforms instead of a progress bar when users listen to a voice message. Now, word is that WhatsApp is developing the same for its Android-based app. That said, this feature is still in the developmental phase and that it will be rolled out to beta testers in the coming days.