WhatsApp is working on the ability to search for businesses nearby by filtering them. 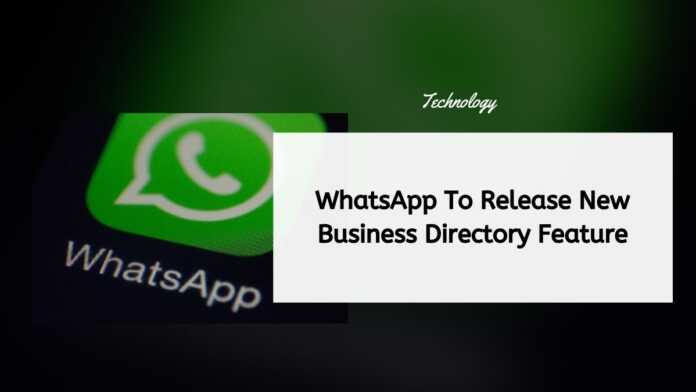 As per the details shared by WABetaInfo, WhatsApp has released this feature for a trial in Sao Paulo, Brazil for now. The same feature is likely to be rolled out in other countries in the near future.

WhatsApp is working on filtering businesses nearby!

WhatsApp is working on the ability to search for businesses nearby by filtering them, for a future update of WhatsApp beta for Android and iOS.https://t.co/NooeVAennh

Once the new feature is rolled out, users will be able to see a new section called WhatsApp Businesses Nearby in the search bar within the app. Users can select the category and the results of business accounts will be filtered based on their choice.

This WhatsApp feature will be rolled out for both Android as well as iOS. The app has not stated anything regarding the same and also there is no official information about the release date either.

As of now the feature is available for iOS, the app is planning the same redesign for a future update of WhatsApp beta for Android as well. Apart from these, WhatsApp is rolling out a new update through the Google Play Beta Program, bringing the version up to 2.22.1.7. The new version will have features like message deletion in groups if you’re a group admin.