WhatsApp To Let Users Control The Size Of The Backups 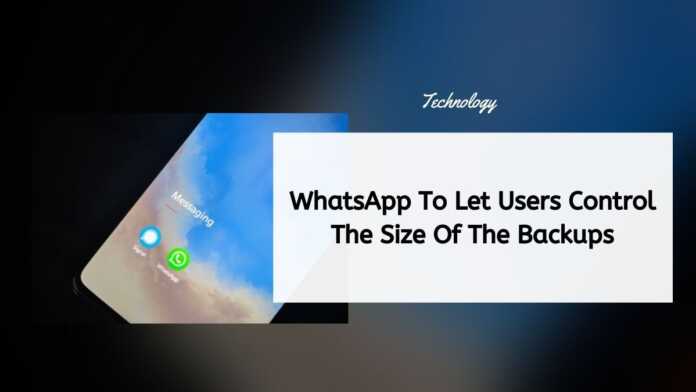 WhatsApp is reportedly working on a new feature that will allow users to control and manage the size of their backups. This is one of the common problems WhatsApp users have faced and the solution was quite inflexible, leading users to forego their precious memories by deleting messages, photos and more.

This is the second backup-related feature currently in development by the popular encrypted messenger, which recently began beta testing encrypted cloud backups for some users.

The new WhatsApp feature, which is currently being developed by the Facebook-owned encrypted messaging service, was spotted by feature leaker WABetaInfo.

In the latest beta for WhatsApp for Android (version 2.21.21.7 beta) a new feature called “Manage backup size” has been found that allows users to control their backups which are uploaded to the cloud.

According to a screenshot shared by WABetaInfo, a user should be able to “exclude” certain categories of media from the chat backup – such as photos, audio, videos, documents, and “other media”, in order to reduce the backup size.

WABetaInfo also speculates that one of the reasons that WhatsApp is working on this feature is that Google Drive’s unlimited storage for WhatsApp backups could probably be limited in the future.

WABetaInfo points to the recent shutdown of unlimited free storage on Google Photos, but it is important to note that there has been no communication regarding this at the time of publishing this article.

WhatsApp has been working on several privacy-preserving features recently, including the ability to hide various parts of one’s profile from specific contacts and end-to-end encryption for backups stored in the cloud.

The latter was recently introduced on recent beta versions, while the profile privacy features are currently being developed. It remains to be seen whether the WhatsApp ‘Manage backup size’ feature makes its way to users in the current form or receives more improvement before it is rolled out by the company.