WhatsApp To Get Support Chat Threads Soon On Android, iOS 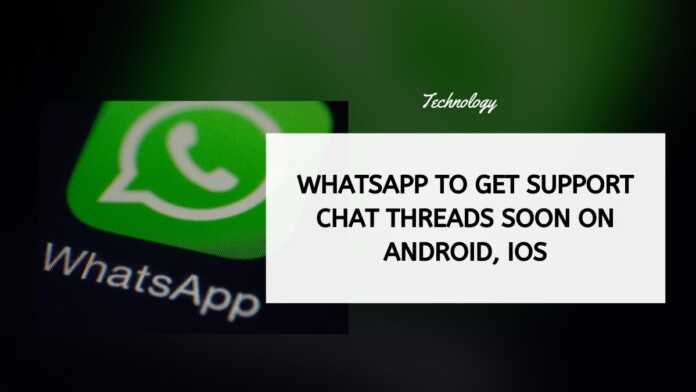 WhatsApp recently rolled out in-app notifications in its app in a bid to inform users about the changes that the company is making to its platform.

Now, word is that the Facebook-owned messaging app is working on another feature that will enable it to interact with its users, albeit in a slightly different way.

WABetaInfo reports that WhatsApp is working on a feature called Support Chat Threads that will help the messaging platform to interact with its users. The blog site says that this feature will let users and WhatsApp ‘manage bug reports’.

These Support Threads, like all other conversations in WhatsApp, will be verified and end-to-end encrypted. The report also says that they will be closed once the issue is fixed.

As previously announced, WhatsApp is working on “Support Chat Threads”: they will help you and WhatsApp to manage bug reports.
Support Threads are verified end-to-end encrypted chats and they’ll be closed after the issue is fixed.
Availability: in a future iOS and Android update. pic.twitter.com/cv0AV44VLD

The blog site also shared screenshots of how the feature would look like. The feature would appear as the ‘Contact us’ option in the Settings section of the app. In this section, users will be able to share the issue that they are facing in the app.

Once they tap on the Send button, WhatsApp will get their complaint and it will contact them in a separate verified chat window. This screen also has a button that gives users the choice to either share or not share their device information with the company.

A subsequent screenshot shows the WhatsApp chat windows that would appear once users share their issue with the company. It is worth mentioning that this feature isn’t available in the app yet. The blog site says that it will be available in the company’s Android and iOS-based apps in the future.