This feature will enable WhatsApp users to share media files such that they disappear without a trace once the recipient leaves the chat. 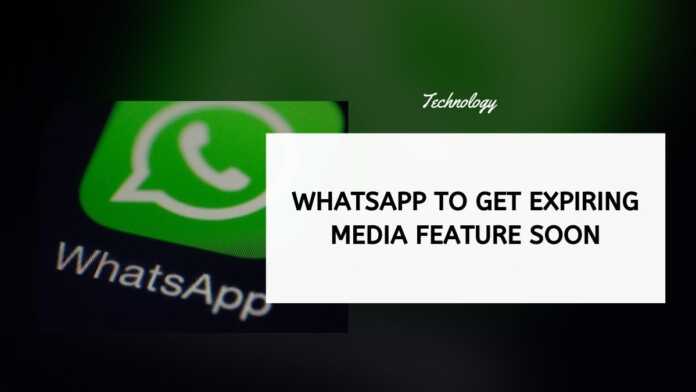 WhatsApp for a long time now has been working on a feature that will enable users to send media files that vanish without a trace. WhatsApp has a similar feature for text however this time it’s working to bring that feature for media.

As per a report by WABetaInfo, the Facebook-owned messaging app is working on a new feature called expiring messages. This new feature will enable users to share media files such that they disappear without a trace once the recipient leaves the chat.

As per the screenshots shared by the blogsite, the new expiring messages feature will appear next to the add media option and it will be depicted using a clock icon.

Tapping this icon will enable the expiring messages feature. Users, however, will not be able to set a timer to the shared media using this option. It will disappear the moment the recipient of the messages closes the chat.

That said, the feature is still in the development stage and it will be sometime before the company rolls out this feature to its users.

As far as the expiring messages feature is concerned, WhatsApp is working on improving this feature. The company, as per a separate report by the publication, has added a separate panel, which explains what this feature does before taking users to the window where they can send the disappearing messages.

Apart from explaining the functionality, the window also explains that the feature will be end-to-end encrypted like all other conversations on the platform. This feature is still in the developmental phase and there is no word on when the company will roll it out to the users.