WhatsApp voice waveforms are line patterns that look much more exciting than the current feature. 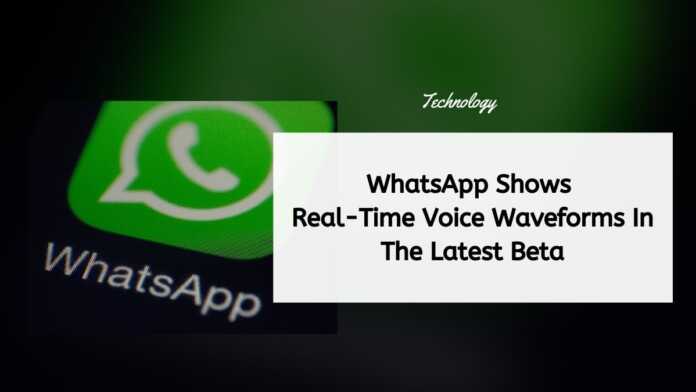 WhatsApp app has been working on a feature called voice waveforms that would make boring voice messages a tad bit more interesting. Now, a new report suggests that the company has finally started rolling out the voice waveform feature to its Android and iOS-based apps.

To recall, as of now voice messages have a progression bar that keeps moving forward. It ends when the voice message ends. It is boring to look at it. The person in the voice video could have been screaming and shouting, but that line just kept plodding on unflinchingly flat.

Now, WhatsApp is replacing it with a new feature called voice waveforms. Voice waveforms are nothing but wave-like patterns that replace the progression bar and they look much more exciting, virtually adding life to that tiny line. Any change to the drab current feature would have been an improvement in any case. These WhatsApp wave-like patterns change with the audio message and end when the voice note ends.

Now, WABetaInfo reports that WhatsApp has started rolling out WhatsApp beta for Android 2.21.18.3 update in its Android app. This update shows real-time voice waveforms and the possibility to stop recording the voice message. In addition to this, this update has also brought the ability to listen to the recorded voice message before sending it.

Furthermore, the blog site says that if users don’t like the recorded voice message, they can delete it using the delete button that sits on the opposite side of the send button. Similar functionality is being rolled out on WhatsApp beta for iOS 2.21.170.15 as well.

In addition to this, the blog site reports that WhatsApp has started working on a feature called Message Reactions. A similar feature is available on Instagram, iMessage, and Twitter. It basically lets users respond to messages using emojis. At the moment, this feature is being developed for WhatsApp’s Android beta app. The company is expected to start doing the same for its iOS-based beta app and WhatsApp Web/Desktop soon.