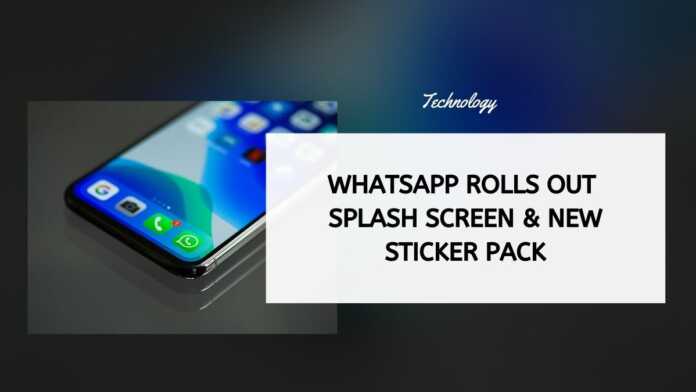 Earlier this week reports detailed that WhatsApp had started rolling out the New Archive feature on its platform. Now, a new report talks about more features that are coming to the messaging app.

WABetaInfo reports that the company has started rolling out a new Splash Screen feature to its users. The blog site reports that more than a year after introducing light and dark splash screens on its Android and iOS-based app, the company has started rolling out this feature to WhatsApp Web/Desktop users. This new feature is available as a part of WhatsApp Web version 2.2119.6 update.

As far as the details about this feature are concerned, the new splash screen brings the WhatsApp logo and brand, and the ‘end-to-end encrypted’ label to the platform, which indicates that it’s safe to use WhatsApp to chat and call.

This follows six other sticker packs – Square Cheese’s Daily Life, Realistic Rabbit, Egg and Chup, Woman Cactus, A Burdensome Pigeon Named Eagle, and Mama Love – that the company rolled out on its platform earlier this month.