WhatsApp's Search for Stickers shortcut is being rolled out to select Android beta users. 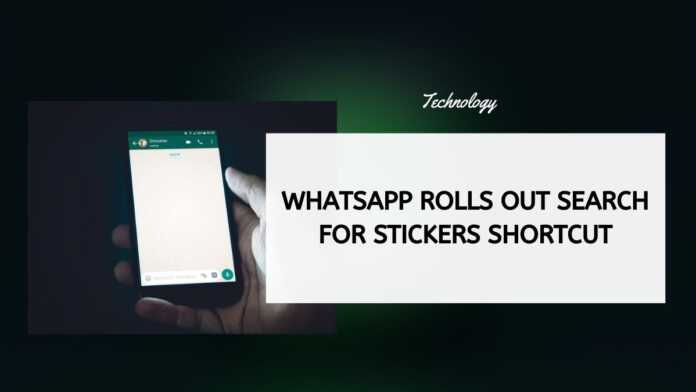 WhatsApp has started rolling out a new feature that will make searching for stickers in the app a whole lot easier.

According to a report by WABetaInfo, the blog that tracks development in the Facebook-owned messaging app, WhatsApp has started rolling out a new feature called Search for Sticker shortcut to select Android beta users. This feature, as the name suggests, enables users to search for stickers quickly.

It analyses the first word typed in the chat bar and tries to match it to any of the stickers saved in a user’s sticker library. It shows a suggestion to the users if it finds a match. And if you tap on the emoji button in the chat bar, it will present all stickers related to the keyword in the chat bar.

The blog site says that, as of now, this feature doesn’t support third-party sticker packs. However, it does support user-created sticker packs. “If you have created some sticker packs, you can start supporting the new feature using Sticker Maker Studio: you can add up to 3 emojis to your stickers, so WhatsApp can finally recognize them,” the blog site wrote in a post.

This feature is available on WhatsApp beta for Android version 2.21.12.1. But, as mentioned before, not all Android beta users will get access to this feature as the company is rolling it out to its beta testers selectively.

WhatsApp recently rolled out a new feature called playback speed for voice message on its Android and iOS-based apps and on WhatsApp Web/Desktop.

With this update, users can listen to voice messages at three different speeds, which include normal speed, 1.5x speed, and 2x speed. The messaging app has also rolled out the Refugee Nation Flag in the beta version of its Android and iOS apps.