The flash calls feature on WhatsApp will verify the user's phone number with the help of an automated call. 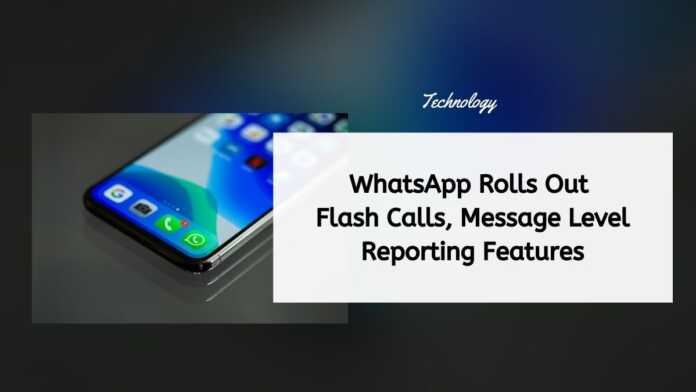 The Meta-owned messaging app WhatsApp has come up with two new features to protect users’ privacy. The new features are called message-level reporting and flash calls.

While the former will help a user report suspicious accounts by reporting a particular message, the latter will be added as a part of the registrations procedure on WhatsApp. The new WhatsApp update will improve the safety of users on the platform.

WhatsApp said that new Android users who are opting for WhatsApp or users who are re-installing WhatsApp on an Android phone now have the option to verify their phone numbers via an automated call, instead of relying on an SMS message with the verification codes.

The newly rolled out Flash Calls feature allows WhatsApp to call users’ devices and verify their phone numbers automatically. WhatsApp says that is a much safer option given that it takes place all from within the app. It will also reduce the scams wherein tricksters ask users for verification codes to gain access to their WhatsApp accounts.

The second feature that the company has rolled out is called Message Level Reporting. WhatsApp says users can now report accounts to WhatsApp by flagging a specific message. To do so, users will have to long-press a particular message to either report or block a user.

Notably, these two features aren’t the only ones that the company is offering to make its platform secure. Here are the top features that you can check out: