WhatsApp Rolls Out Animated Stickers To Its Beta Apps 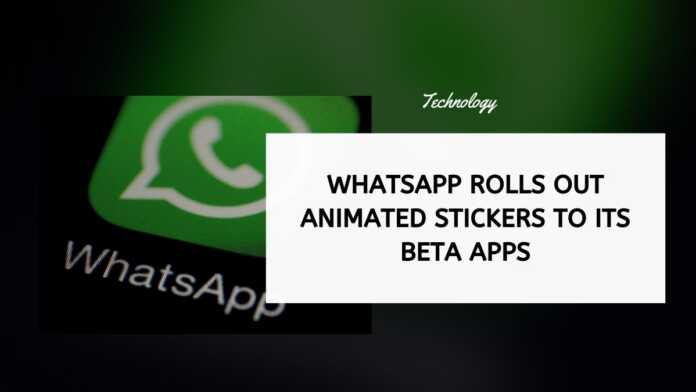 Now, the company has rolled out the ability to download animated sticker packs in its beta apps.

As per blog site, WhatsApp today is rolling out the third part of its plan wherein users get the ability to download animated sticker packs from the WhatsApp Store.

The company has released its first animated sticker pack called Playful Piyomaru to its Android and iOS beta app users. While the users of the company’s Android beta app users can get this feature by downloading the version 2.20.195.1 of its Android beta app, iPhone users can get it by downloading the version 2.20.70.26 of its iOS beta app.

At this point, it remains uncertain if the messaging app is planning to add the ability to play the animation in a loop in its animated stickers.