The Facebook owned company is making some design tweaks to the media footer on the Android app. 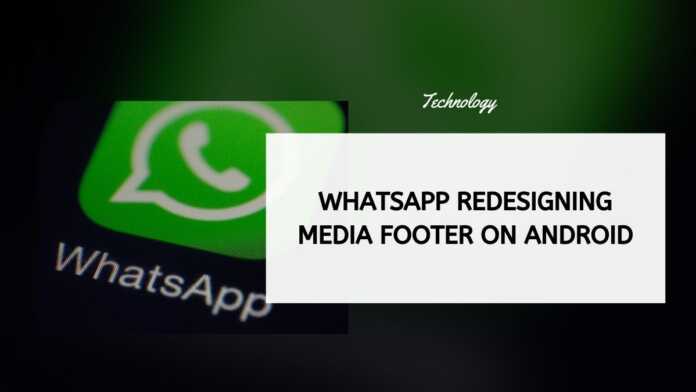 WhatsApp’s latest beta update for Android shows a new change in the making. According to this update, WhatsApp is working on redesigning the media footer in the app. This feature is currently under development and is expected to roll out soon.

WhatsApp beta update 2.21.5.4 comes with the new feature, as spotted by WABetaInfo. The redesigned media footer is for the section that appears when you’re editing a media on WhatsApp.

There’s an in-app editing tool that can be used to edit media before sending it to any contact or uploading it as a Status.

WABetaInfo has shared a screenshot showing the difference between the new and the old UI. The changes are visible at the bottom of the screen where the text bar, send button, and the button to send media are more clearly aligned in one tab.

It’s clubbed in one tab with a light grey background. The media button icon has also been changed to look more like the gallery icon replacing the previous ‘+’ icon.

Other than the UI changes, there doesn’t seem to be any change in the functionality of the media footer. WhatsApp is expected to roll this out in a new update.

WABetaInfo also mentioned that the upcoming feature “Read Later” has been renamed “Archived Chats.” This feature is an update on Archived Chats but WhatsApp had earlier planned to call it Read Later.

It looks like WhatsApp is going back to its previous name of Archived Chats. The new update essentially keeps chats archived even if a new message arrives.