WhatsApp multi-device support feature is ready for public beta testing, and it's expected to roll out soon for all users. 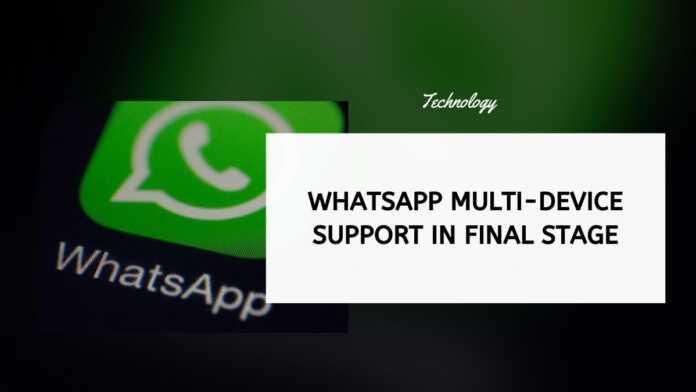 WhatsApp has been working on multi-device support for quite some time. This feature allows using one WhatsApp account on multiple devices.

We’ve already gotten a glimpse of parts of WhatsApp’s multi-device support through screenshots shared by WABetaInfo. It is now reported that WhatsApp is preparing to enable this feature for its public beta testers.

So users who are on WhatsApp’s public beta program will be able to test it soon. There’s no word on when WhatsApp will roll this out for all users but with public beta availability, it shouldn’t be long.

WABetaInfo also shared some more details on what this feature is all about. This feature allows users to use the same WhatsApp account on four different devices at the same time.

It also doesn’t require your main device to have an active internet connection like it does with WhatsApp Web. So even if your primary phone is off you’ll still be able to use your WhatsApp account on the web or other devices.

WhatsApp will also roll out a new UI for its desktop version for this multi-device support feature. On the app, this feature will be available under ‘Linked Devices’.

Here, you can link your WhatsApp account to a new device, and you’ll also see the list of linked devices. It’s similar to the interface of the WhatsApp WebDesktop interface on the app.

There’s also a ‘Multi-device Beta’ option that you can toggle on/off to try out the feature. It’s also mentioned that not all features will be available on multi-device support.

WABetaInfo notes that features like syncing chat history, starring/delivering messages, muting chats are available though. WhatsApp is currently testing this feature on its Android app. There’s no presence of it on iOS yet but it should be available soon.