It has been revealed that WhatsApp may allow users to log in to their WhatsApp account on 2 or more phones at the same time. 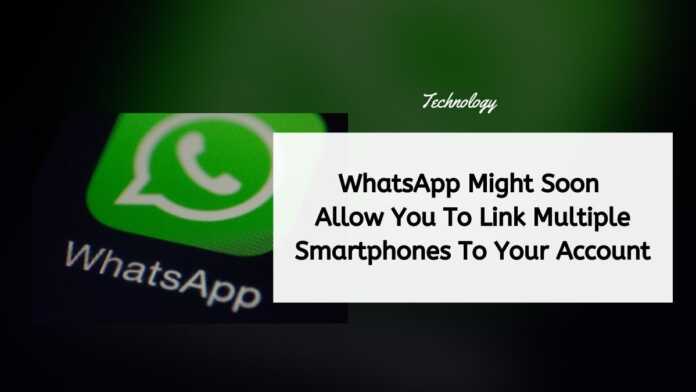 WhatsApp recently added multi-device support in beta testing that allows users to log in to their accounts from multiple devices at the same time. According to a new leak, which suggests that the company is working on adding true multi-device support for the messaging service.

As part of the first changes to multi-device support, WhatsApp has been beta testing support for adding up to four connected WhatsApp Web or Whatsapp Desktop apps or Facebook Portal, which will not require your primary phone to be connected to the internet or powered on.

Now, noted feature leaker WABetaInfo states that the company is now working on “multi-device 2.0” that will allow users to connect a second mobile device to their primary device and use WhatsApp on both devices.

The leaker has spotted new changes hidden in the latest beta versions of WhatsApp for mobile, which show the same “Downloading Recent Messages” message for mobile screens, that users on the multi-device beta can currently see on their desktop when they open the app.

This is a sign that the service could allow syncing your primary smartphone’s WhatsApp chats to a second device. At the moment, WhatsApp is currently testing the multi-device functionality in beta form for several users on the stable channel.

However, there is no evidence that WhatsApp is working on adding support for a second smartphone – after all, the “Downloading Recent Messages” screen could be designed for an iPad or Android tablet, which is currently not officially supported.

It is also currently unclear when the company will officially launch this feature as it is currently hidden on the latest beta version of the app for smartphones, according to the leaker.