WhatsApp message deleting time limit may be extended to 7 days and 8 minutes, according to WABetaInfo. 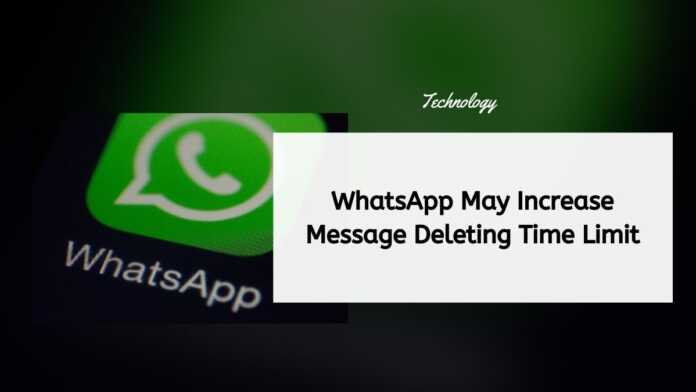 Reports suggest that WhatsApp is reportedly working to extend the time limit for deleting the sent messages. Currently, if you have to delete the already sent message to everyone then you need to do it within 1 hour, 8 minutes and 16 seconds time limit.

As per the reports, the new WhatsApp message deleting time limit will be extended to 7 days and 8 minutes. It can be noted that the WhatsApp feature will start working for Android users first and then later might roll out to iOS users.

According to a report by WABetaInfo, “It will be possible to delete messages for everyone older than 1 hour, 8 minutes, 16 seconds at a later date. In particular, we can confirm that WhatsApp is now planning to change the time limit to 7 days and 8 minutes in a future update”.

“The feature is still under development, so their plans about this option may change again and again before the official release or a new announcement from their social accounts,” it added.

WhatsApp has also recently rolled out two new features for its Android users. The features include Flash Calls and Message Level reporting. With the help of Flash Calls feature, new Android users who are opting for WhatsApp or users who are re-installing WhatsApp on an Android phone will get an option to verify their phone numbers via an automated call, instead of relying on an SMS message with the verification codes.

Hence as the users’ will get a call from WhatsApp to verify their phone numbers, it will help to reduce the number of scams and will ensure safety. While coming to Message Level Reporting, with the help of this feature users will be able to report accounts to WhatsApp by flagging a specific message. In order to do so, the users will have to long-press a particular message to either report or block a user.