WhatsApp Is Making Changes To Its Mention Badge 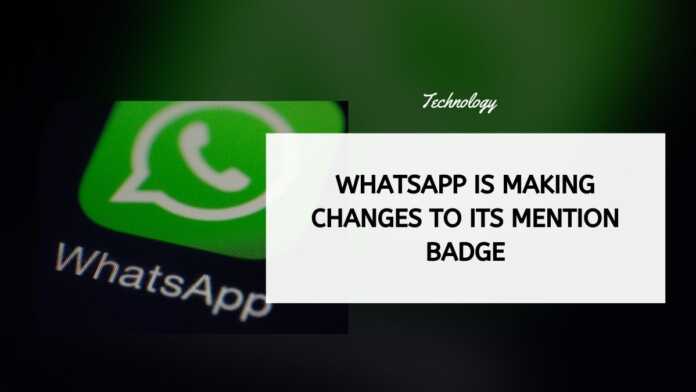 WhatsApp is one of the most popular messaging apps in the world. In the past couple of weeks, reports have detailed the features that are expected to make it be available in the app soon.

The list includes the ability to change app colors, larger media preview, and Chat Threads among others. Now, word is that the company is making changes to its mention badge.

According to a report by WABetaInfo, WhatsApp is making tweaks to its mention badge. The blog site said that the Facebook-owned messaging app is enabling the feature that enables users to view a mention badge when they receive a mention in a message from a specific group.

The blog site said that some people were already able to see a mention badge. And starting today WhatsApp is expanding the test to more users.

This, however, changes in the changes that the company is making to the feature. For starters, the badge that appears in grey will appear in dark green color. Earlier, it used to appear, next to the name of the individual contact. Now, it will appear next to the contact card.

These changes are available as a part of the WhatsApp beta for Android version 2.21.8.8. It remains uncertain when they will be available in the app.