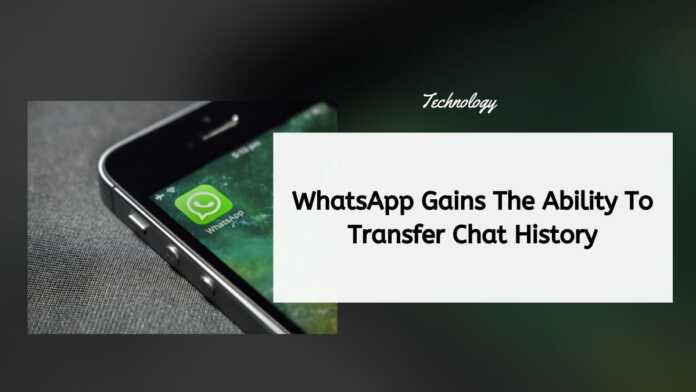 WhatsApp users will finally be able to move their entire chat history between mobile OS. The company introduced a feature that will soon become available to users of both iOS and Android devices. This will allow them to move their WhatsApp voice notes, photos, and conversations securely between devices when they switch between mobile operating systems.

The company had been rumored to be working on such functionality for some time, but the details of which devices would be initially supported or when they would be released weren’t yet known.

In product leaks, WhatsApp had appeared to be working on integration into Android’s built-in transfer app, the Google Data Transfer Tool, which lets users move their files from one Android device to another, or switch from iOS to Android.

WhatsApp showed off the new tool at Samsung’s Galaxy Unpacked event and announced Samsung’s newest Galaxy foldable devices would get the feature first in the weeks to come. The feature will later roll out to Android more broadly.

To use the feature, WhatsApp users will connect their old and new devices via a USB-C to Lightning cable, and launch Smart Switch. The new phone will then prompt you to scan a QR code using your old phone and export your WhatsApp history. To complete the transfer, you’ll sign into WhatsApp on the new device and import the messages.