WhatsApp For iOS May Soon Let You Import Chats From Android

WhatsApp for iOS beta version 22.2.74 has the ability to import chat history from an Android device. 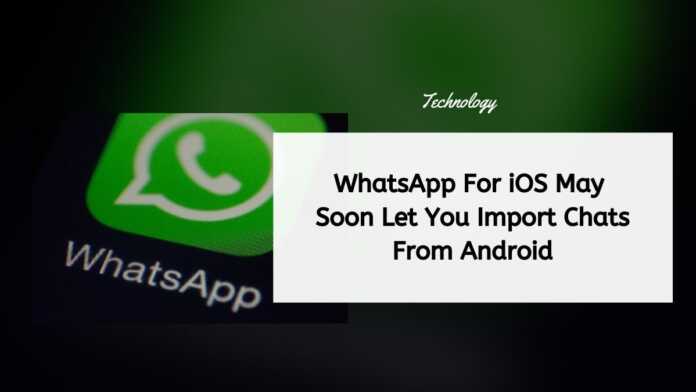 Last year, the instant messaging app-enabled its users on some Samsung and Google Pixel phones to transfer their chats from an iPhone.

According to a report by WhatsApp beta tracker WABetaInfo, WhatsApp for iOS beta version 22.2.74 has carried references about the ability to import chat history from an Android device.

A screenshot has been shared by the source that shows WhatsApp asking users for their permission to import chat history. The new experience has not yet been made available to beta testers. It may, therefore, take some time to become a reality for end users.

Users may need to physically connect their Android phones with a new iOS device using a USB Type-C-to-Lightning cable to move chat history. The migration process may also require users to have installed Apple’s Move to iOS app on their Android devices, WABetaInfo had suggested.

In August last year, WhatsApp introduced the chat transfer feature from iOS to select Samsung devices. It was expanded to Google Pixel devices in late October. The feature to migrate chats from iOS is also available to devices based on Android 12 out-of-the-box.