WhatsApp dark mode is available for beta users on Android. This feature is still being worked on for iPhone and it could be launched anytime soon. 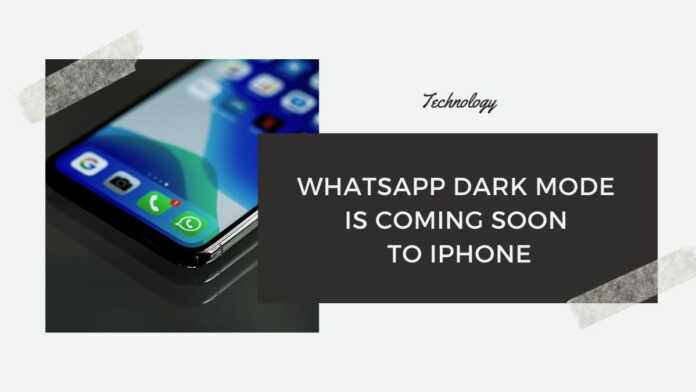 After months of testing, WhatsApp finally rolled out dark mode for public beta users on Android. The stable version of WhatsApp dark mode is yet to be rolled out but users can finally get an experience of this feature. There’s a new WhatsApp beta update on iOS indicating the launch of the dark mode is nearing for iPhones as well.

WhatsApp has been working on dark mode for Android and iOS but the former received the feature first. First spotted by WABetaInfo, WhatsApp beta for iOS 2.20.20.17 update is out and it comes with improvements to the dark mode which has been buggy till now.

Some new changes in the latest WhatsApp beta update for iOS show a dark splash screen which is enabled by default. The forward icon along with group and profile icons have been updated with the dark theme. WhatsApp has also updated the bottom menu tab icons in the latest update.

WhatsApp still has to work on dark mode for iOS. On Android, WhatsApp dark mode can be activating by choosing either a light theme, dark theme or simply turning on the phone’s dark mode.

This dark mode feature is still not available on WhatsApp beta for iOS. WhatsApp is pretty close to rolling out dark mode for its beta app on iOS but there are still some improvements required.

It’s interesting to see how dark mode on WhatsApp will look for iPhones. WhatsApp users on Android were not very pleased with the update.