WhatsApp beta for Android is allowing forwarding stickers without first saving them, according to WABetaInfo. 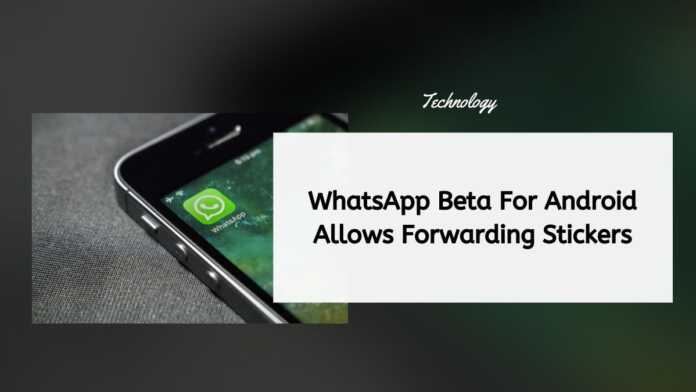 As per the information in the WhatsApp beta for Android 2.21.13.15 update, WhatsApp released a new way to forward official sticker packs to your contacts and groups. After installing some recent updates, WhatsApp is now adding a shortcut to quickly forward a sticker.

WhatsApp users who love using stickers and sending them to their contacts will now be easily able to do the same by simply forwarding it.

As per WABetaInfo, the shortcut will prove to be very useful when you want to send a sticker to your contacts without first saving it or viewing the message option to forward the sticker.

The feature is available for beta testers and for people that install the latest WhatsApp for Android – Web Release. However, there is no update on when the shortcut will be available for iOS users.

The ability to react to a WhatsApp message is a new feature under development. WABetaInfo has explained that everyone will be able to see who reacted to a message since reactions are not anonymous. Reactions will be available in individual chat threads and group chats and everyone can see who reacted to a message simply by viewing the reaction info.