WhatsApp Animated Stickers To Get A Big Update

These stickers rolled out earlier this month on Android and iOS. 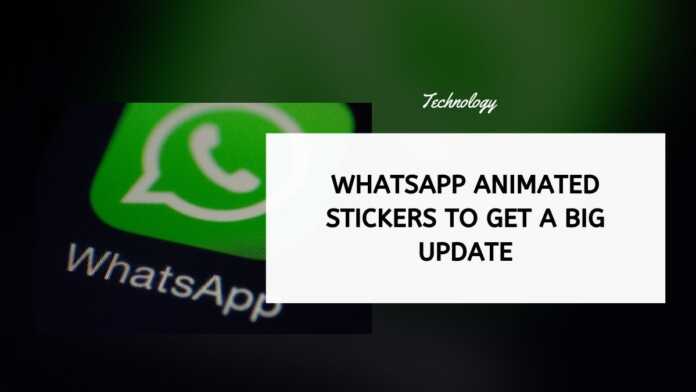 WhatsApp rolled out animated stickers along with a bunch of other features earlier this month. WhatsApp has quite a few animated sticker packs that users can download and send on chats.

On WhatsApp however, the animated sticker plays only once when you send it and you have to scroll up or down for it to play again.

Maybe we will see this feature in future as new option, it’s not clear if there is this intention today. pic.twitter.com/QtzhwnYtds

This may not seem like a major feature but it’s important as it deals with the whole purpose of sending an animated sticker. If the sticker remains static then it doesn’t make much of a difference between this and a normal sticker.

WhatsApp’s animated sticker packs can be found in the same sticker tab. Users can download these sticker packs and add them to their favorites as well.

The animated stickers have a play icon on top for users to preview them. This also helps in differentiating which stickers are animated. The animated sticker packs on WhatsApp include ‘Chummy Chum Chums’, ‘Rico’s Sweet Life’, ‘Playful Piyomaru’, ‘Bright Days’, ‘Moody Foodies’ and more.