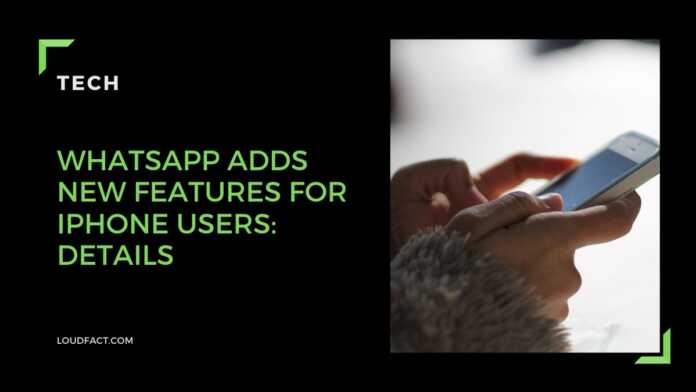 WhatsApp has recently rolled out a new update, called 2.20.10.23, through their TestFlight beta program for iOS users.

According to a report by WABetaInfo, the features mentioned in this new beta update will be available in the next official update on App Store and will be called version 2.20.10.

The latest version of the Facebook-owned messaging app has been compiled using the iOS13 SDK, which basically means that the app will now start supporting iOS 13 features.

According to the changelog published in WABetaInfo, following features will now be available for those iOS users who are using the latest software on their Apple devices:

In a screenshot that has been shared on the website, it can be seen that a low data mode will soon be available for iOS 13 users. Low Data Mode is an already existing feature of iOS 13. The main aim of this feature is to reduce the amount of data that is being used by compatible applications.

Now, it seems that the Facebook-owned messaging application will be able to be a party to this feature. This feature on WhatsApp will mean that if the user has enabled low data mode on their iPhone’s settings, WhatsApp will automatically show this feature in its Data and Storage Usage Setting.

Also, when this particular feature is enabled, the app will automatically not download media files like videos, photos, and GIFs through mobile data. Auto-download voice messages will also be stopped once this feature is enabled.

With the new update, Haptic Touch will support chat and media, said the report. According to a screenshot shared on the website, there are four options that appear. When the user sends or receives location on WhatsApp, the map will appear in the dark theme provided the user in the phone settings has put the phone in dark mode.

As per the report, some users in the past had complained about the incorrect chat badge that would appear after the number of messages crossed 999. With this new update if the number exceeds 999 the app will show “999+” badge.

With this feature user will be able to share items directly with some select suggested WhatsApp contacts, using the new iOS share sheet. So, when a user is trying to share a media file, a document or a contact through their Apple device, an automatic suggestion of users’ top WhatsApp contacts will pop up, for sharing files.