WhatsApp has added a new update for its beta app on Android. 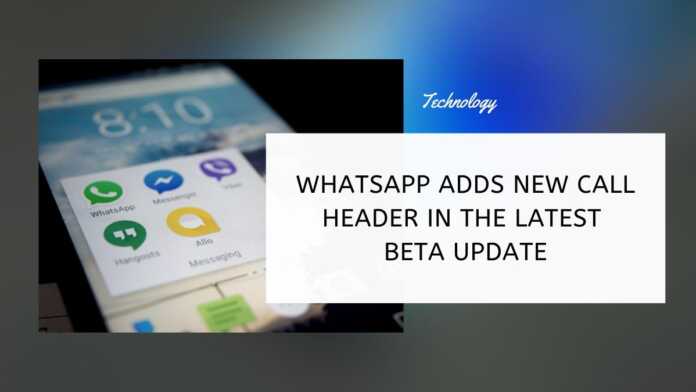 WhatsApp has rolled out a new beta update for its Android app. This WhatsApp beta update brings a new call header for voice and video calls.

Coming to the update, WhatsApp’s new call header now shows this message on top which says “End-to-end encrypted”. WhatsApp hasn’t officially confirmed this feature or talked about it.

But the display of the encryption message could be due to the increase in video and voice calls during this lockdown period. Also, popular video conferencing apps like Zoom have been plagued with many security and privacy issues.

WhatsApp is also working on another feature for group calls on its app. At present, users can add up to four people in a group video or voice call. But WhatsApp has been found working on extending this group call limit.

There’s no confirmation for how many members it will extend the limit to as yet. But this would be a good option as many people are using video and voice calls.