WeChat US Ban Cuts Off Users Link To Families In China

WeChat ban will cut off far more than the up to 6 million Chinese people who live in the United States. 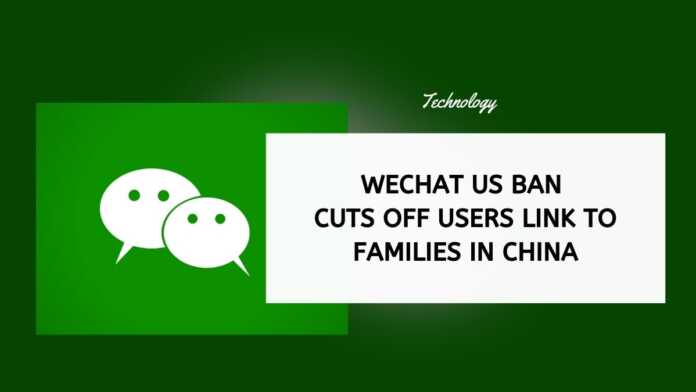 US President Donald Trump’s ban on transactions using popular Chinese messaging app WeChat will cut ties to families and friends in China, millions of users in the United States fear, as they become the latest casualties in the standoff between the two nations.

WeChat, owned by Chinese internet giant Tencent Holdings Ltd, is popular among Chinese students, expats and some Americans who have personal or business relationships in China.

“I came to the US for free access to information. I feel I’m targeted by Trump,” said Tingru Nan, a Chinese graduate student at the University of Delaware. “I’m living in constant fear now thinking I might get disconnected with friends and families.”

Expats, who are adept at working around oppressive firewalls in their home country, are preparing backup plans while in America.

Some WeChat users have started to share backup contacts for a limited number of apps that are still available in China, including Microsoft Corp’s Skype and LinkedIn.

Some Chinese expats in America worry that this is only the latest salvo in a worsening US-China relationship.