iPhone sales could decline by as much as 30% if Trump’s order is implemented and the WeChat ban forces Apple to remove the app from its App Store worldwide. 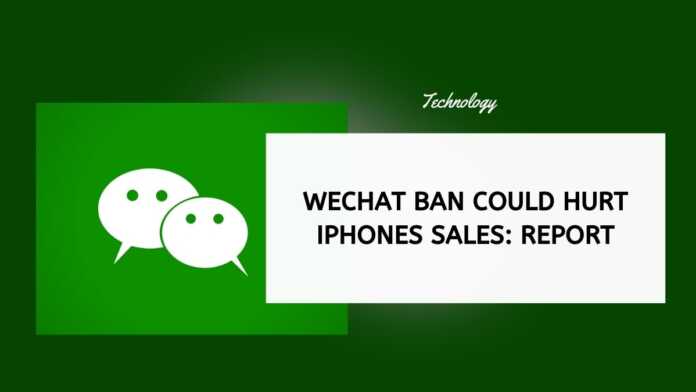 US President Donald Trump earlier this week announced sweeping bans on transactions between US-based companies and Chinese ByteDance, which operates TikTok, and Tencent, which operates WeChat.

Following the announcement, analysts have predicted that the WeChat ban could have a significant impact on sales of Apple iPhones.

According to noted Apple analyst Ming Chi Kuo, iPhone sales could decline by as much as 30% if Trump’s order is implemented and the WeChat ban forces Apple to remove the app from its App Store worldwide.

WeChat, as MacRumours reports, is not just a messaging platform for the Chinese users but a lot more than that owing to its diverse features and functionalities.

The app also offers payments, online shopping, news, and social networking functionalities to the users. And so, the absence of the app from iPhones could prompt Chinese customers from opting out of buying it.

That said, the report notes that Apple still has a time duration of 45 days to remove WeChat from its App Store during which time terms of the bans are expected to be relaxed.

Kuo says that if the order is modified such that Apple would be required to remove the app only from the App Store in the United States, the impact could be less severe. In that case, Kuo expects the iPhone sales to decline only by 3% – 6%.