US Regulator Asks Tesla To Recall Cars Due To Failing Displays

Failures of the so-called 'media control units' in these vehicles can sever the owner's access to their vehicle's certain functions. 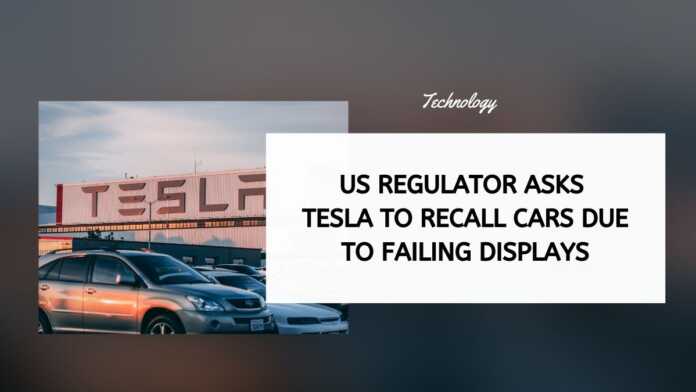 Tesla has been asked by the National Highway Traffic Safety Administration to recall some 158,000 Model S and Model X vehicles that could suffer from failing display consoles.

According to The Verge, failures of the so-called ‘media control units’ in these vehicles can sever the owner’s access to their vehicle’s backup camera, climate controls, and Tesla’s Autopilot driver assistance system, increasing the risk of a crash.

The problem at the heart of this defect that Tesla needs to fix involves worn-out flash memory chips used in the displays of 2012-2018 Model S sedans and 2016-2018 Model X SUVs.

Each time an owner turns on one of these Tesla’s, it eats away at the total capacity of the 8GB eMMC NAND flash memory chip onboard the NVIDIA Tegra 3 processor that powers the displays. Usually about five to six years later, when that capacity is reached the displays become bricked.

Tesla confirmed to NHTSA that all units with this chip along with providing a statistical model showing projected weekly repairs lasting from 2020 to 2028, with the most failures happening in 2022.

The National Highway Traffic Safety Administration said that a probe is still ongoing despite the request that Tesla recalled the vehicles. It’s unclear if Tesla will comply as the company did not immediately respond to the request for comment.

As per The Verge, NHTSA acknowledges that Tesla has issued over-the-air software updates meant to mitigate these failures, but the agency believes those don’t go far enough, especially because the problem cuts access to the backup camera, which is now a federally mandated feature.

While Tesla popularized the use of large touch-screen displays in modern cars, it had more than one problem with these earlier models. Beyond the flash memory issue at the heart of NHTSA’s recall request, earlier Tesla displays also suffered from bubbling and yellow banding since back then they were not up to the typical automotive standards.