The leaked iOS 14 codes reveal the arrival of a new fitness app, PencilKit API, new Messages features and details about the ‘AirTags’. 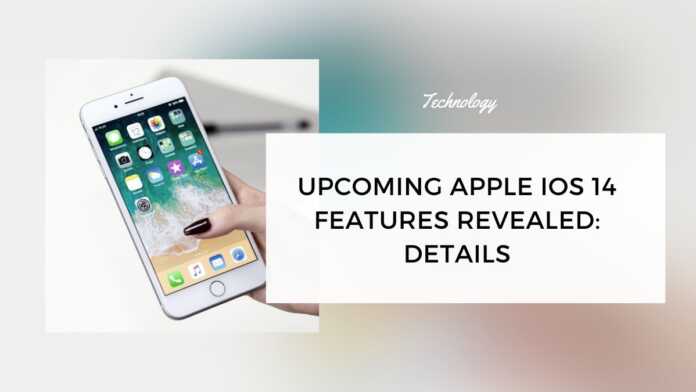 Apple is expected to introduce its new version of iOS this year, which as per the naming series should be called ‘iOS 14’. Although there’s no official word on this, leaks have started to pour in.

As reported by MacRumours, some unreleased iOS 14 codes seem to have unveiled features that one can expect later in iPhones this year.

The first leak indicates there could be a new fitness app in the making. Codenamed ‘Seymour’, the app could be called as ‘Fit’ or ‘Fitness’ and might be arriving as a part of iOS 14, watchOS 7 and tvOS 14.

Also, this is said to be a standalone app instead of a replacement of the ‘Activity’ app. It may let you download fitness videos showing different workouts and activities that one can follow while the Apple Watch tracks all of it.

Apple’s iOS 14 may also have a new API called PencilKit as well. This is supposed to make Apple Pencil more productive by giving it new abilities including handwriting recognition and conversion in regular text input fields.

Other native apps might finally get support as users will be able to use the pencil to enter text in Messages, Mail, Calendar, and others. Some third-party apps may also get access at some point.

Details on Apple’s rumored ‘AirTags’ have also been revealed in iOS 14. The device is said to use CR2032 button batteries. One can activate the AirTag by simply pulling a tab and pair it with an iPhone or an iPad by placing it close to the device.

In a separate report by 9to5 Mac, the iOS 14 codes give away some details on the forthcoming watchOS 7 versions alongside improved mouse support in iPadOS, blood oxygen monitoring in Apple Watches and the arrival of over-the-ear headphones.