From the end of the year, it will be illegal for operators to buy any 5G equipment from Huawei, Britain's Digital, Culture, Media and Sport Secretary Oliver Dowden told parliament. 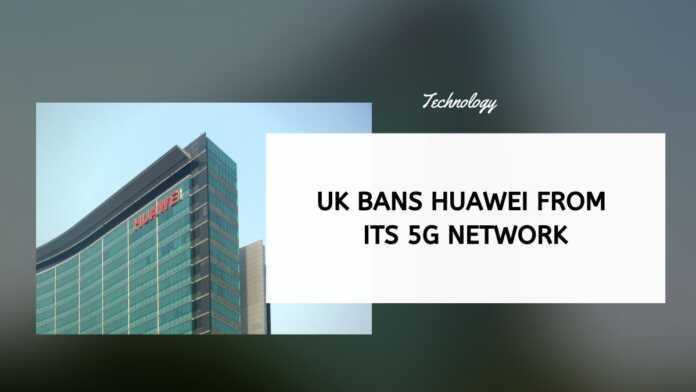 Prime Minister Boris Johnson ordered Huawei equipment to be purged completely from Britain’s 5G network by 2027, risking the ire of China by signaling that the world’s biggest telecoms equipment maker is no longer welcome in the West.

The seven-year lag will please British telecoms operators such as BT, Vodafone, and Three, which had feared they would be forced to spend billions of pounds to rip out Huawei equipment much faster.

From the end of the year, it will be illegal for operators to buy any 5G equipment from Huawei, Britain’s Digital, Culture, Media and Sport Secretary Oliver Dowden told parliament.

Boris Johnson said the decision would mean a delay to the roll-out of 5G by two to three years and add costs of up to 2 billion pounds ($2.5 billion).

The United States had long pushed Johnson to reverse a decision he made in January to grant Huawei a limited role in 5G. London has also been dismayed by a crackdown in Hong Kong and the perception China did not tell the whole truth over the coronavirus.

Dowden said the cyber arm of Britain’s GCHQ eavesdropping agency, the National Cyber Security Centre, had told ministers it could no longer guarantee the stable supply of Huawei gear after the United States imposed new sanctions on chip technology.

“This has not been an easy decision, but it is the right one for the UK telecoms networks, for our national security and our economy, both now and indeed in the long run,” Dowden said.

“By the time of the next election, we will have implemented in law an irreversible path for the complete removal of Huawei equipment from our 5G networks.”

Huawei said the decision was a political one which was about U.S. trade policy and not security. It was bad for Britain and its phone users, it added.

“It threatens to move Britain into the digital slow lane, push up bills and deepen the digital divide,” a spokesman said.

Dowden said Britain was working with its intelligence allies to create a group of rivals to Huawei to build 5G networks, naming firms from Finland, Sweden, South Korea and Japan.

“The first thing we need to do is ensure that we protect the other two vendors in this market, so: Nokia, and Ericsson,” Dowden said. “Secondly we need to get new suppliers in, that starts with Samsung, and it starts with NEC.