Both the company will launch a co-branded mobility platform after obtaining regulatory approval. 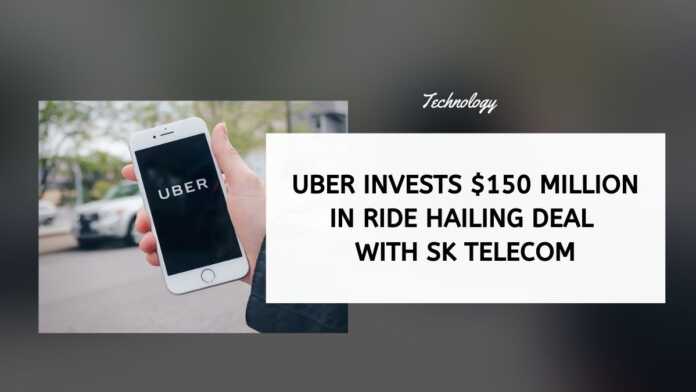 Uber plans to invest $150 million into a joint venture with SK Telecom Co. in South Korea, in a move to expand its service and cast off competitive and regulatory pressures in the country.

SK Telecom plans to split off its maps and ride-hailing unit T Map Mobility on Dec. 29, creating a service with more than 200,000 drivers and 750,000 taxi users per month.

It will then form a separate car-hailing joint venture with Uber, which will invest $100 million for a 51% stake. Uber will also invest $50 million in T Map Mobility itself. The two companies expect to begin operations in the first half of next year.

The partnership comes as Uber explores deals that could expand its service outside its established markets. The company is considering the purchase of Daimler AG and BMW AG’s ride-hailing joint venture Free Now in a deal that could boost its market share in Europe and Latin America, Bloomberg News has reported.

Uber and SK will launch a co-branded mobility platform after obtaining regulatory approval. It will go up against Kakao Corp., which operates South Korea’s largest mobility service.

Uber’s business in the Asian country hasn’t yet proven successful, as it terminated its food delivery offering after failing to overcome the dominant position of local operator Woowa Brothers Corp.

In 2017, a Seoul court fined the local unit of Uber 10 million won (about $9,000) for running an illegal taxi rental business, after years of legal pressure from the South Korean government.