Uber instituted it's "No Mask No Ride" policy and extended it indefinitely due to the ongoing pandemic. 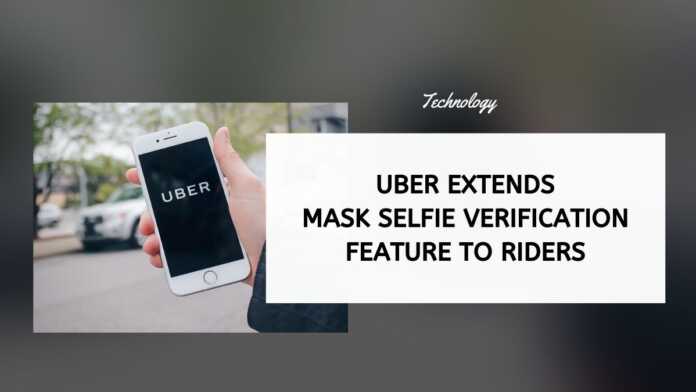 Uber Technologies Inc said it will roll out a global selfie feature to verify its ride-hail customers wear a mask, modeled after a similar feature introduced for drivers in mid-May.

Uber instituted its “No Mask No Ride” policy and extended it indefinitely due to the ongoing pandemic, requiring both drivers and riders to wear a face-covering at all times during a ride.

Drivers are required to take a selfie with a mask each day before starting work, while drivers and riders are able to cancel a trip without penalty if they report the other party is not wearing a mask. Failure to comply can lead to account deactivation.

The rider selfie feature will be rolled out in the United States and Canada by the end of September, and across Latin America and other regions after that, Uber said.

Unlike for drivers, the rider app will only prompt a passenger to take a selfie if a driver previously reported they were not wearing a mask.

Demand for ride-hailing trips has dropped sharply during the pandemic, especially in the United States, Uber’s largest market.

The selfie feature does not use facial recognition technology, but simply detects the mask as an object on the face. Uber stores selfie photos for 96 hours to settle potential disputes, but then permanently deletes them, a spokesman added.