News Corp which owns the New York Post said Twitter's decision today is an important moment for freedom of the press. 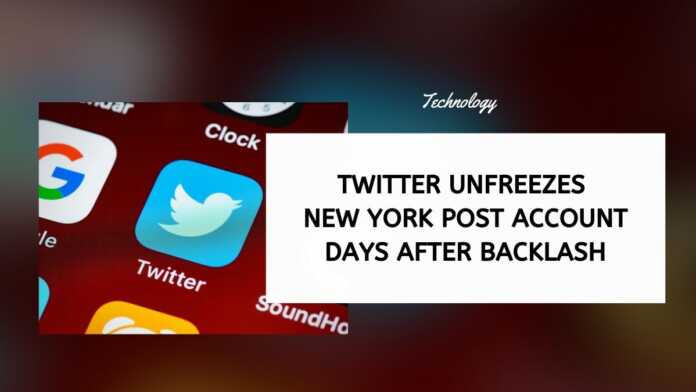 Twitter said it had changed its policy and lifted a freeze that is placed on the account of the New York Post after the newspaper published articles about Democratic presidential candidate Joe Biden’s son.

“We will no longer restrict their account under the terms of the previous policy and they can now tweet again,” Twitter said. Earlier this week, Twitter’s Chief Executive Jack Dorsey drew fire from Republican lawmakers, who accused the company of selective censorship against conservatives.

“Who the hell elected you and put you in charge of what the media are allowed to report?” Senator Ted Cruz asked Dorsey during the hearing.

News Corp, which owns the New York Post, said Twitter’s decision had a negative commercial impact on the newspaper but that its decision today is an important moment for freedom of the press.

“The arbitrary blocking of the Post was a significant moment during a critical time in this election season,” News Corp said in a statement.