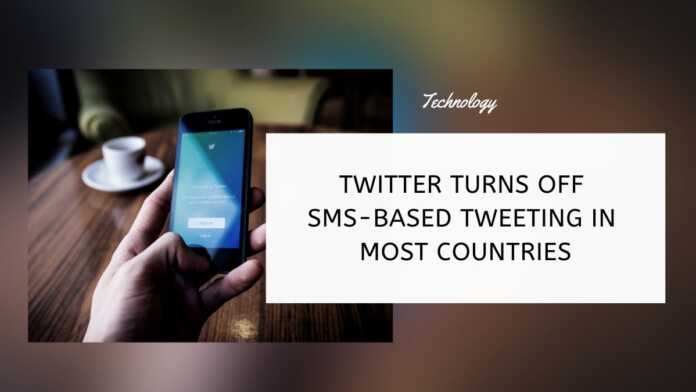 Twitter has turned off an original feature in most countries that allowed users to tweet via SMS service owing to security concerns. The tweet via text messages feature was disabled in all but “a few countries” that rely on the feature.

“We want to continue to help keep your account safe. We’ve seen vulnerabilities with SMS, so we’ve turned off our Twitter via SMS service, except for a few countries,” the micro-blogging platform said in a tweet late Monday.

Everyone will still have access to important SMS messages needed to log in to and manage their accounts, it added.

There are not many people who use this feature which is with Twitter since the very beginning but there were some complaints from people who still used SMS to read tweets.

The tweet via the SMS feature was launched with Twitter’s original 140-character limit.

In September last year, Twitter said that it was temporarily turning off the ability to Tweet via SMS, or text message, to protect people’s accounts.

“We’re taking this step because of vulnerabilities that need to be addressed by mobile carriers and our reliance on having a linked phone number for two-factor authentication (we’re working on improving this),” it added.