Twitter may give you a feature that will allow you to split your tweets into two. 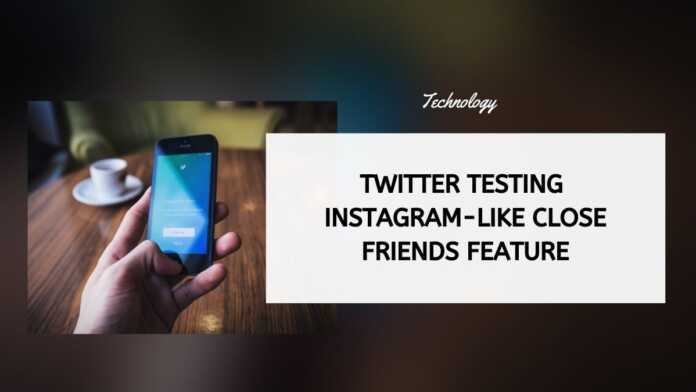 Twitter is testing a new feature that would allow users to let their trusted friends view the tweets. The feature that is being tested is similar to Instagram’s Close Friends feature. Instagram lets you limit stories to close friends only now Twitter also plans to do the same.

Twitter had shared early design concepts for its new “trusted friends” and Facets features. Users can choose a specific audience using the Trusted feature and Facets can be used to categorize the tweets.

Among all the new features that Twitter seems to be working on, the Trusted Friends feature would really be useful for users. Sometimes you post tweets that you do not want certain people to read. It could be someone from your organization or someone from your personal circle.

Sharing the early designs of the feature, Twitter designer Andrew Courter wrote, “We hear y’all, toggling your Tweets from public to protected, juggling alt accounts. It could be simpler to talk to who you want, when you want. With Trusted Friends, you could Tweet to a group of your choosing. Perhaps you could also see trusted friends’ Tweets first.”

Using the feature, you can only allow specific people to access your tweet. As per the Verge report, Twitter in all likelihood will offer a toggle to let you select who you want to share your content with. Using another feature called Facets that Twitter is testing, users can sort their tweets into personal and professional categories.

Another concept that Courter shared showed how Twitter users can choose to not see certain words. The users can select the phrases they do not want to see as comments. “These phrases are highlighted as people write replies; people can learn why, or ignore the guidance Authors can enable automatic actions, like moving violating replies to the bottom of the convo,” he wrote.