Twitter Testing Feature That Lets You Tip Users From Their Profiles 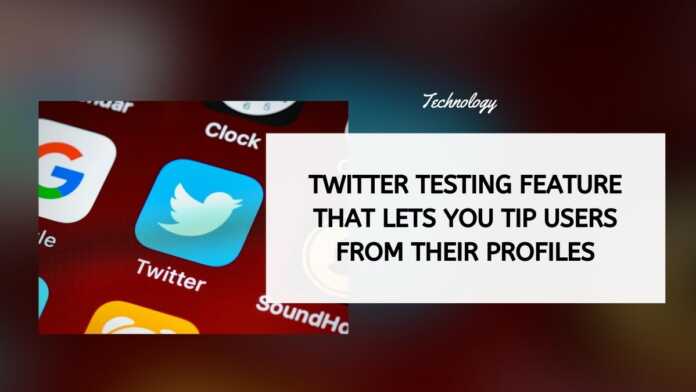 Twitter announced it is working on premium features that users will have to pay for. New evidence of how these features will look like has been discovered by app researcher Jane Manchun Wong.

According to screenshots shared by Wong, there’s a new cash button just next to the profile code in the user’s profile. Tapping on this icon shows a dropdown menu with payment options for Bandcamp, Cash App, Patreon, PayPal and Venmo.

You can choose to send money via any of these services. Twitter is working on this tipping feature for its Clubhouse-like Spaces as well. This was first discovered by Wong in March.

Twitter is working on Tip Jar right on the user profile https://t.co/kqzQmiDFKc pic.twitter.com/VacGyJJ8DU

The ‘Follow’ button is replaced by Super Follow which will most likely appear after you’ve followed that user. Another interesting thing to notice is that the screenshots for Super Follow show the icons and text in black as opposed to Twitter’s classic blue color.

This could be to distinguish profiles that have Super Follow activated. Wong also highlighted that in this look, Twitter is using their new “Chirp” font.

Twitter CEO Jack Dorsey has talked about tipping as one of the features through which users can earn on the platform. The company has also talked about Super Follow. There’s no word on when these features will roll out.