Twitter Spaces is available to a select group of people for testing on iOS. 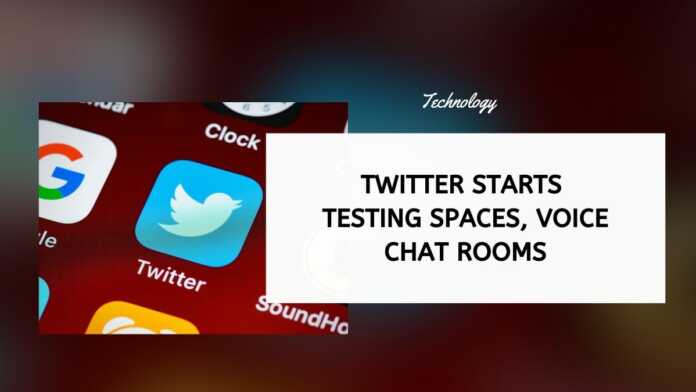 Twitter has started testing its latest experiment ‘Spaces’. Twitter Spaces is a Clubhouse-like voice-based chat room. It’s starting out with a small group of users who will be allowed to create Spaces for their followers.

Twitter announced last month that it would soon start testing Spaces with the first group of users being women and people from marginalized backgrounds.

aye we’re live! what up y’all, we’re the team behind Spaces––a small experiment focused on the intimacy of the human voice?

The reason behind launching Twitter Spaces was also explained as “the human voice can bring a layer of connectivity to Twitter through emotion, nuance, and empathy often lost in the text. we see this with voice tweets & voice dms. sometimes 280 isn’t enough, and voice gives people another way to join the conversation.”

There are some features currently in testing on Twitter Spaces. These include reactions similar to hand gestures, live transcriptions, reporting and blocking, and the ability to share tweets.

Twitter Spaces is currently available in beta on iOS. The audio-based conversations will be host-moderated featuring speakers and listeners.

To create a Twitter Space, you’ll have to hold and press the compose button on the iOS app. You can also create a Space through Twitter Fleets. The feature will obviously show up only for the select group of users for Twitter Spaces.

Although limited to select people, the host can invite anyone to join their Twitter Space. Hosts also have control over the Space with the ability to allow who speaks among the invitees.