Apart from a new conversation layout, Twitter is also experimenting with some minor design changes such as placing Like, Retweets, and Reply functions under one button for replies. 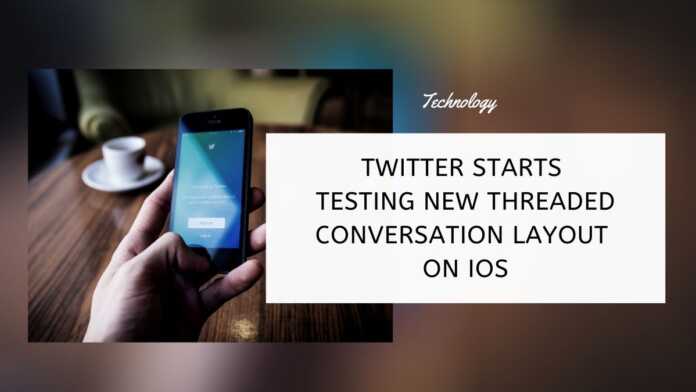 Twitter is testing new features to organize long threads of conversation on the social-networking website and testing prompts to revise replies to tweets that are considered harmful.

Twitter says it’s currently testing the new format and a small group of users on iOS and the website will be able to see it. The new layout includes indentations that separate comments into threads, similar to how comments on Reddit are organized.

Social-networking sites including Facebook and Twitter have come under pressure to clean up the platforms that have become rife with misinformation and destructive trolling.

Twitter has struggled for years with the issue, including how to handle everything from synchronized bots and shadow accounts up to politicians and world leaders who may issue sweeping global pronouncements with one tweet and insult someone with crude language in the next.

The company says it’s also experimenting with placing functions for liking, retweeting and replying behind a single tap for replies. Twitter says it wants to see how the change “affects following and engaging with” a conversation on its platform.

The tests follow Twitter’s earlier announcement that it would ask users to watch their language, prompting users to reconsider their response if it contains slurs or profanity.