The new timeline design in Twitter for iOS takes images, videos, and GIFs and stretches them full-width. 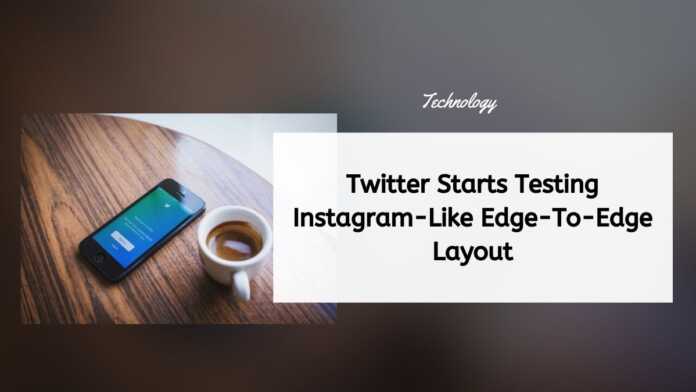 The new layout will help create an Instagram-like experience for the photos and videos in your timeline. Hence, helping Twitter to manage media better on the timeline. Twitter announced, “Edge to edge Tweets that span the width of the timeline so your photos, GIFs, and videos can have more room to shine.”

A new Twitter layout is being tested on the iOS app. The new timeline design in Twitter for iOS takes images, videos, and GIFs and stretches them full-width. This change removes the margins on the sides and introduces an edge-to-edge design.

While the test is being rolled out for iOS users, it’s unclear at this point when or if Twitter plans to roll out this new design to all users. As of now, it is only in the “testing” phase. This change helps Twitter address concerns over image cropping that it’s been dealing with over the last few years.

This is the second time Twitter has tried making changes to how media is presented in Twitter for iOS. Earlier this year, the company rolled out an update to show full-size images in the timeline as part of its efforts to reduce the bias of its photo algorithm.

Twitter hasn’t revealed how soon the feature might move beyond the experimental stage. It might or might not be rolled out for Android and web users soon. Twitter told The Verge that it is testing the change because it wants to better support conversations that are both visual and text-based.