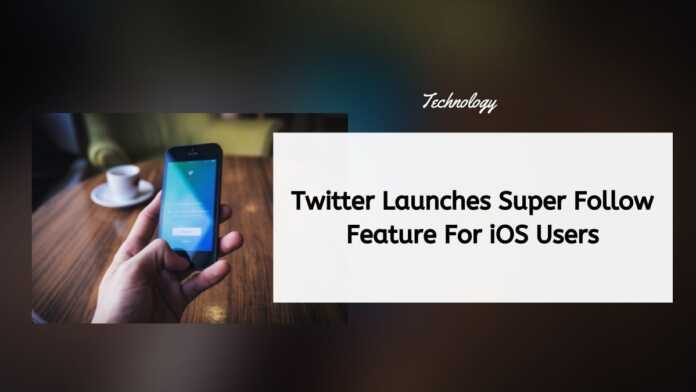 Twitter, in a new update, has now allowed all iOS users to Super Follow select creators on the platform.

According to The Verge, this feature, first released in September and only available in the US and Canada, allows users to monetize their Twitter account and create exclusive content through monthly subscriptions.

Twitter first announced Super Follows in February and rolled it out to select creators in September. Within the first two weeks, subscribers had contributed around USD 6,000.

Users interested in Super Follows have to meet the minimum requirements, according to the Super Follows policy. They have to be 18 or older, have at least 10,000 followers, have tweeted at least 25 times in the past 30 days. Once accepted, they have to tweet a minimum of 25 tweets every 30 days.

Super Followers are supposed to have access to bonus content and get badges to be easily recognized. As per The Verge, Twitter has said that it plans to include Android and web users in the future as it expands Super Follows.